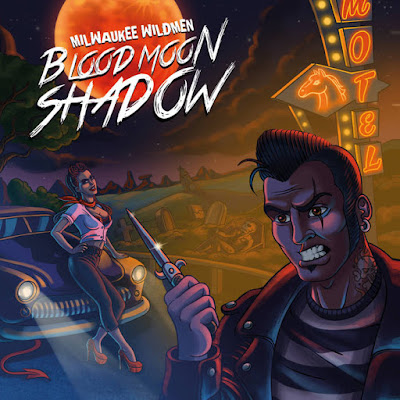 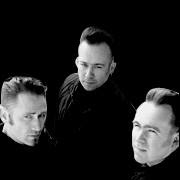 Long time dutch psychos  The Milwaukee Wildmen have always been an uncompromising hard rockin' psychobilly band .With a fistful of damn good releases these cats have made a pretty good name for themselves.Yet they remain an underrated band by many (especially in North America) , which is kinda mind boggling.Their last release, the stout mini-album "Blood On The Wall" was back in 2013.Well there back,this time on Diablo Records with the hard driving  " Bloodmoon Shadow". We get 11 tracks that will light a fire under your butt .As usual these cats deliver a furious brew  full of  billy,kool riffs,hard rock n roll and attitude. This is one album that has  an impressive swagger about it but then again if your familiar with them you kinda expect that.Highlights include: " Devils Tail", "Psychos Like You" , " Die Alone" and "Dead Heros".

The  Milwaukee Wildmen show no signs of rust here and "Bloodmoon Shadow" is arguably their best effort yet.It's well produced ,sounds great, has an impact and  stays with you.This puppy  "cuts the mustard" as they say and that's pretty damn good.Highly recommended!!!
https://www.facebook.com/Milwaukee-Wildmen-134649409944031/?fref=ts      https://diablorecordsuk.bandcamp.com/album/milwaukee-wildmen-bloodmoon-shadow