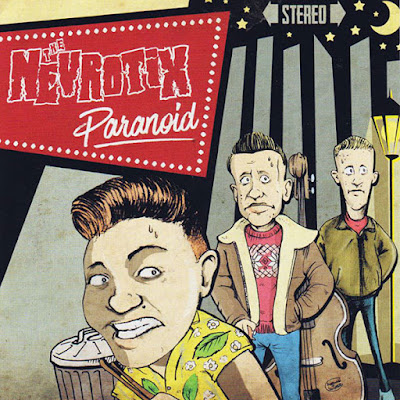 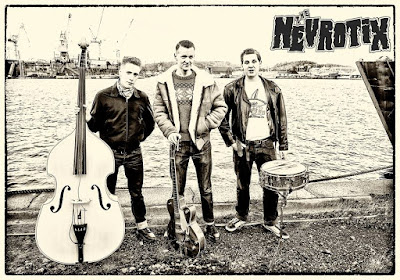 Once in a while a band comes down the pike that truly stands apart.Case in point ,The Nevrotix  these young upstarts from Sweden released a killer 4 song ep/ demo in late 2014.By mid 2015 these kats had garnered a whack of airplay around the globe as well as some serious buzz.Their brand of old school psychobilly with the right mix of neo rockabilly comes off strikingly fresh and modern. A lot of people,including myself are and were excited about the band's full album debut.Well it's now here ,call "Paranoid" and it's a real doozie. This puppy roars in with 11 original tracks of rockin' psychobilly that's hard not to like.All 4 of the songs from the demo are here and the rest of the tracks are as good and / or  better.As a result this is one really strong album that delivers in spades.Highlights include: " Mad About You", " Rampton Rage", "Hyena Bop", and " Moon Monster".

The Nevrotix have shown with "Paranoid"that they are a band worthy of the buzz about them.This is more than an impressive  debut  album,it's also stellar.This belongs in your collection and they may just become your new fave.Highly recommended!!   https://www.facebook.com/thenevrotix/   https://www.youtube.com/channel/UCyovel2zXV4Gaw3wm6UokfQ
Posted by Slams Reviews 2 at 10:06