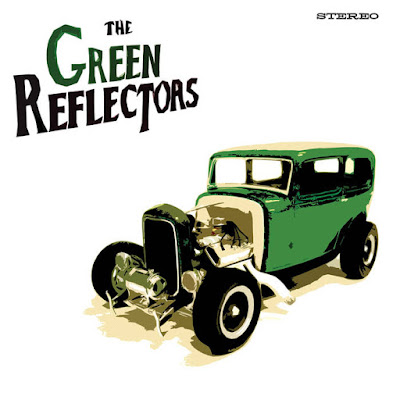 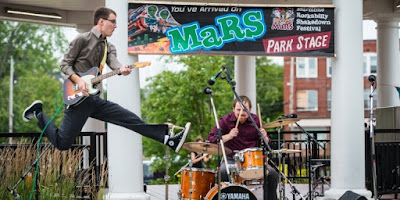 For a band that describes itself as just a little duo,The Green Reflectors sure make a ton of commotion.Hailing from Nova Scotia this instrumental duo is known as the non-surf ,surf band .What these kats lay down is a blistering mix of surf ,punk and at times hard rock into a refreshing brew of smash mouth Instrumental surf based rock.Their first  2 albums had very limited runs but still managed to snag some international attention .That said the band's 3rd  self titled effort is now out  and one has to be impressed .Coming in with 18 original  tracks of smash mouth surf rock that could wake the dead.There is no messing around here as most of the tracks come in at under 2 minutes and only a couple touch the 3 minute barrier.Hell this hits hard and fast and leaves you wanting more.Highlights include: "Blowtorch", "The Not So Surf Song", "Rocket Booster", "Kreetlugget" and "Magnum Swagger".


The Green Reflectors  are a band that understands what it means to deliver more bang for your buck and you gotta like that. This is one of those albums that hooks,then reels  you in and delivers in spades .Highly recommended!  https://www.facebook.com/The-Green-Reflectors-51648788591/timeline
Posted by Slams Reviews 2 at 12:31