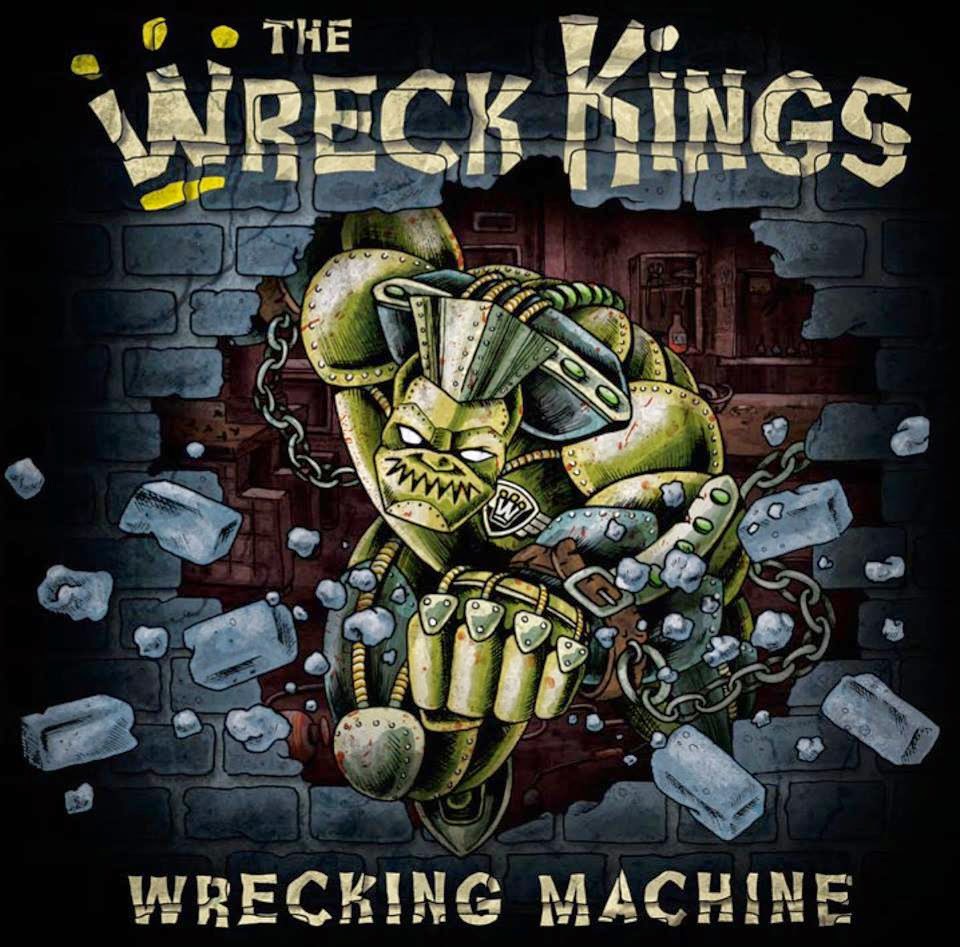 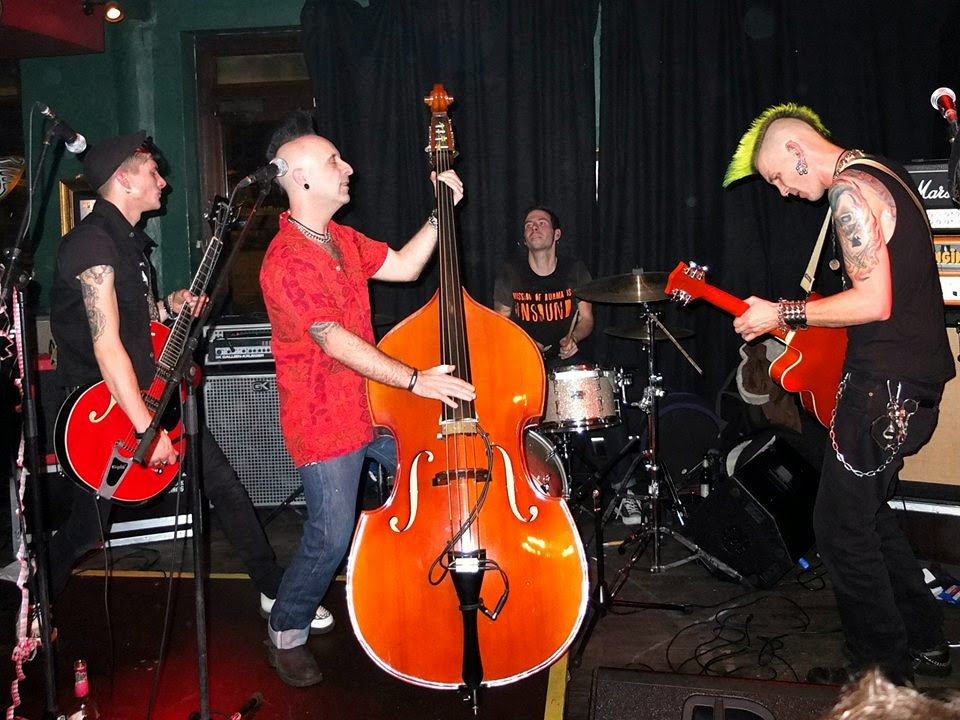 Right from their start in 2009 The Wreck Kings have always been a bit out of the box for some psychobilly fans.These German Psycho's play quirky,kool,a bit different and at times chaotic psychobilly that dares you to like it.Hell that's what makes them appealing ,whether some people get it or not.The band's 2010 debut  "Under Pressure" is a solid effort that  managed to make some noise outside out Europe.After 5 years The Wreck Kings are back with their sophomore release "Wrecking Machine" and this puppy may surprise more than a few people that have written these kats off. Punching in with 14 originals this is one fresh and bumpy ride that ranges from psychobilly to rock n roll to punkabilly.Highlights include: " Gotta Go My Way"', "The Walking Dead", "Kiss The Ground" and  quirky "Machines Will Walk The Earth".
With "Wrecking Machine" The Wreck Kings have released a very strong album that is kinda off beat, fresh and diverse.Sure it's not everyone's cup of tea but it's definitely worth the gamble! Recommended.
https://www.facebook.com/pages/The-Wreck-Kings/114951711865418?fref=ts   http://www.thewreckkings.de/
Posted by Slams Reviews 2 at 15:55