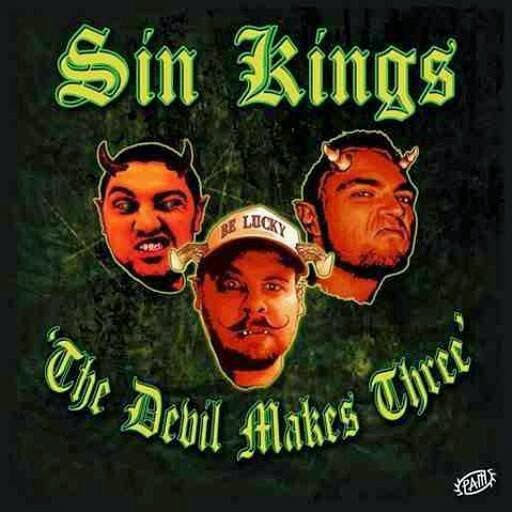 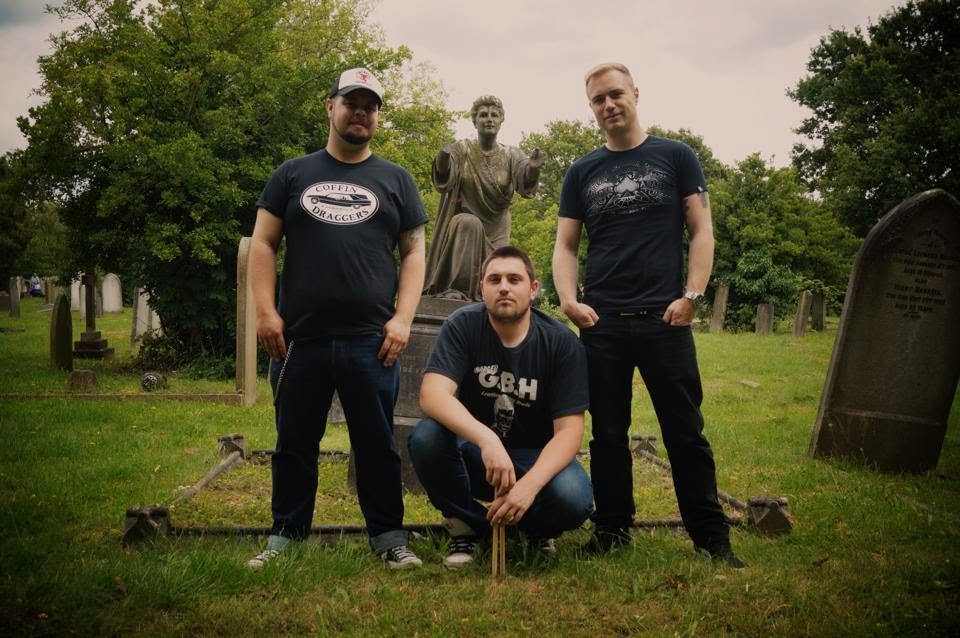 The Sin Kings are one of those bands you kinda gotta root for,this hard workin' outfit  just doesn't seem to get a break.Despite a run of set backs these psycho kats have managed to become a damn good and kool band.Known  to some as  the "Purveyors of Super Charged Punk Rock n' Roll", basically  what they have been kicking out since 2009 is a mix of psychobilly, punkabilly and furious rock n roll.The band's long awaited debut album  "The Devil Makes Three" has finally dropped  and this puppy kicks some butt. We get 10 tracks of which 9 are revved up psycho rock n roll that doesn't  let up and deliver the goods. Hell even the album's last track, the  50's vibe "Crimson Moon" is a mid tempo organ driven number that hits big. Highlights include: "Midnight Rumble", " Devil Makes 3",  "Hey Bar Steward!" and " 8 Heads (In A Duffel Bag)".


The Sin Kings are a band that's on a mission and "The Devil Makes Three" bares that out.This is an  urgent and  kinetic album  that's also pretty good to boot. Recommended!  https://www.facebook.com/SinKings09
Posted by Slams Reviews 2 at 09:25