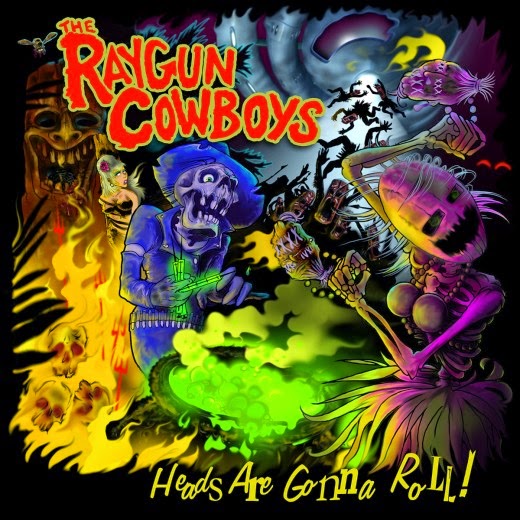 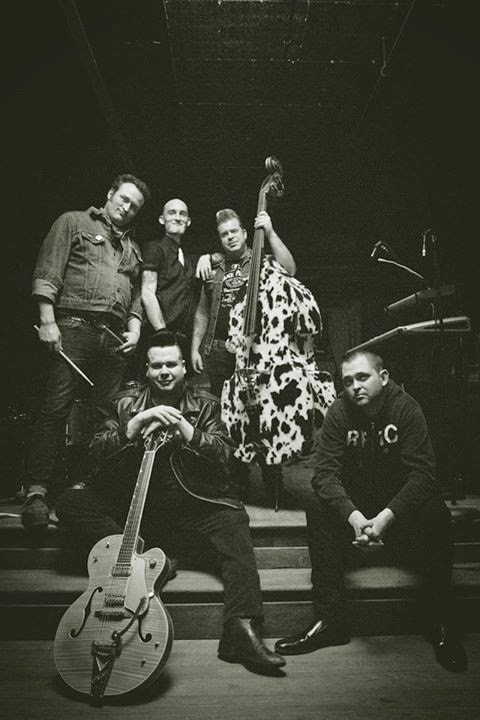 The Raygun Cowboys have been kicking out their refreshing and fun brand of rockabilly for 15 years now. Hell they are kinda known as that "Canuck rockabilly band with a horn section".With 3 pretty good albums under their belts these kats have developed a kool and unique sound.The band's latest effort "Heads Are Gonna Roll!"could be a game breaker for them.This is darker and more diverse than previous albums  but still maintains the band's signature sound. Coming in with 11 tracks that at times romp pretty hard  to a country number .There is also  a female duet ,some  harp action and a little fiddle.But the overall effect is damn good,these kats deliver the goods here.Highlights include: " Heads Are Gonna Roll', "You Were the One", "Until Next Time" and "Bitter Shame".
The Raygun Cowboys  have always been a band that refuses to be pigeonholed and over the years they have  stepped up and  evolved into a better band. If anything "Heads Are Gonna Roll!" is a great example of that.This shows just how good they really are and it's  pretty ballsy.Highly Recommended
https://www.facebook.com/raygun.cowboys   http://www.rayguncowboys.com/
Posted by Slams Reviews 2 at 14:49