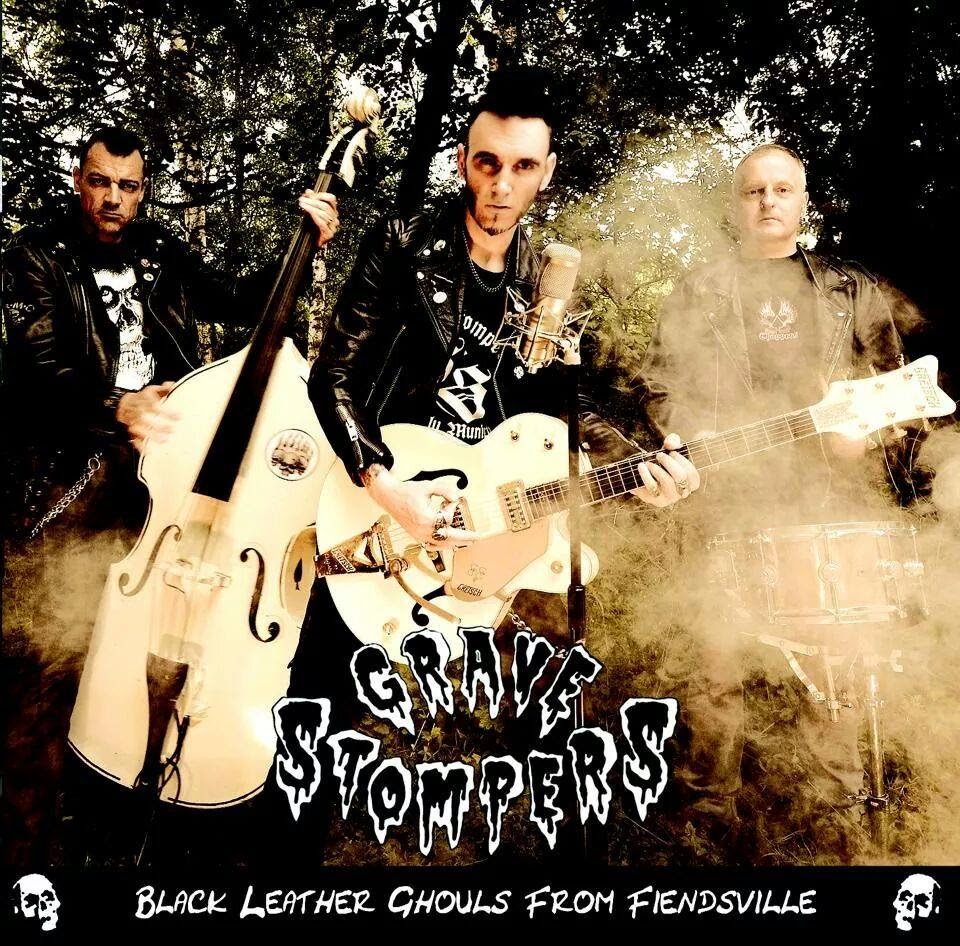 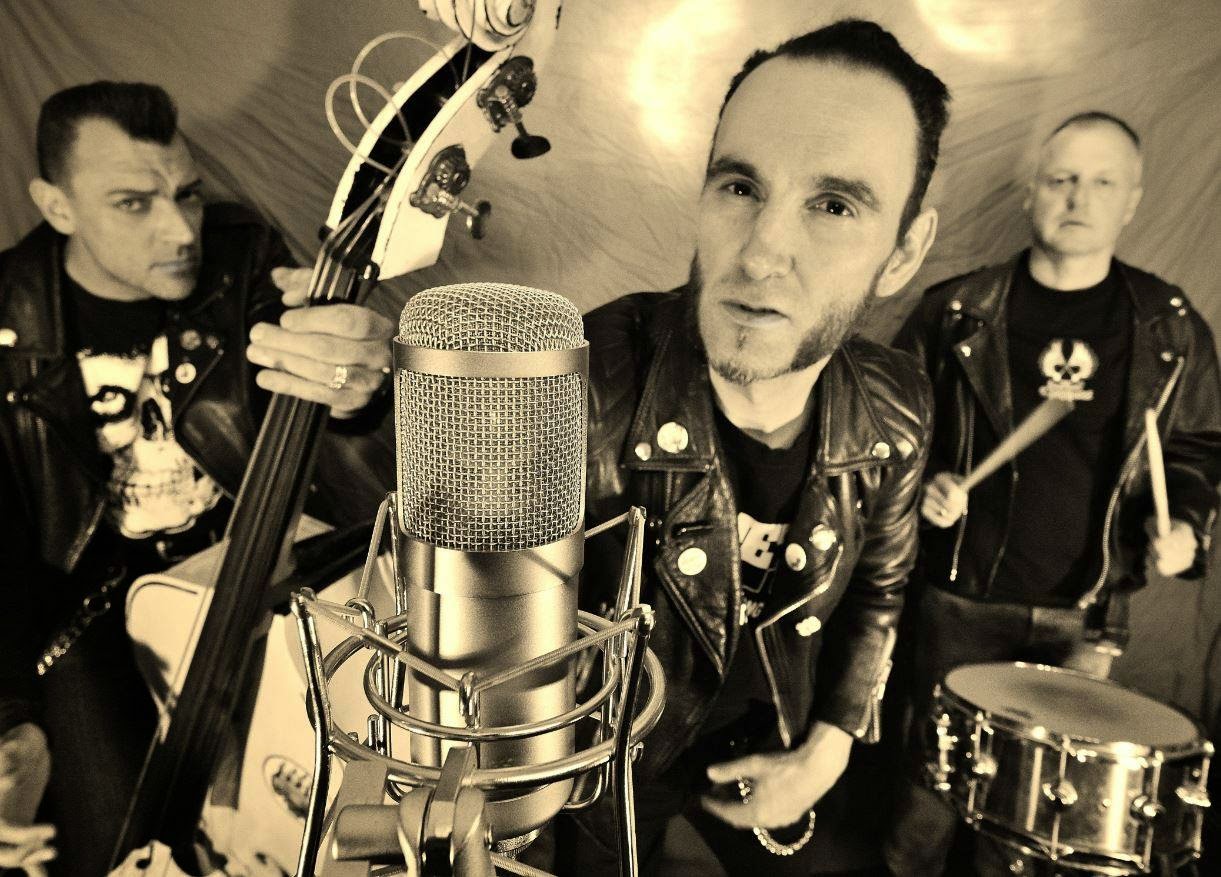 Psycho kats the Grave Stompers  have been kicking around the wilds of Germany since 1993.Over the years the band has released  a few singles  and 4 solid albums albums.The last album was 2008's "Spooked Cursed & Haunted". Since then the band  had 3 tracks on the "Psychobilly Ratpack 4" compilation in 2011.With the release of  thier 5th album "Black Leather Ghouls From Fiendsville" the band is back as strong as ever .We get a kool  mix of psychobilly that leans more towards old school than not and neo rockabilly.Like on past efforts there is a horror angle here but it doesn't drag the album down.  Highlights include " Getting On", " Phantom Rock", " Black Leather Ghouls From Fiendsville" and  "The Spook ".

The Grave Stompers  have put together a string of albums that are strong, consistent, and smart. Black Leather Ghouls From Fiendsville continues that streak .Hell this is neat and fun to boot.You should check these kats out. Recommended !      https://www.facebook.com/pages/Grave-Stompers/139809499537873?sk=timeline            http://www.gravestompers.com/
Posted by Slams Reviews 2 at 13:44