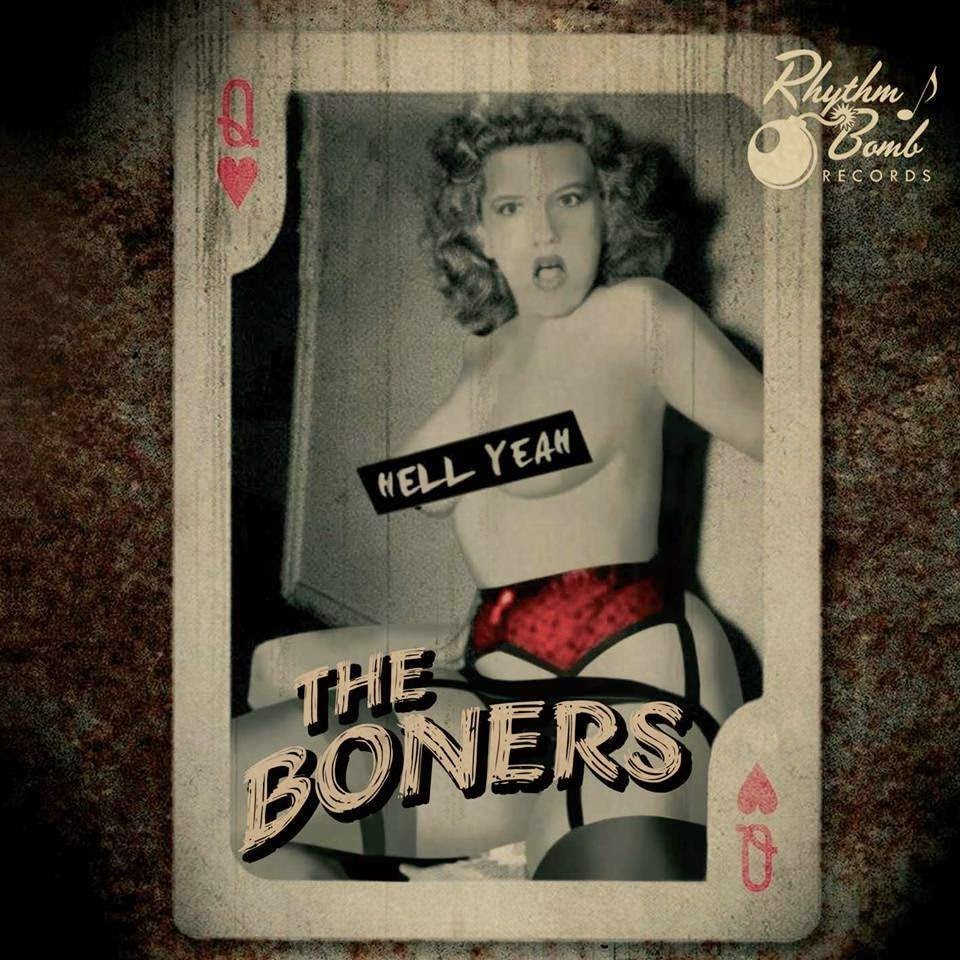 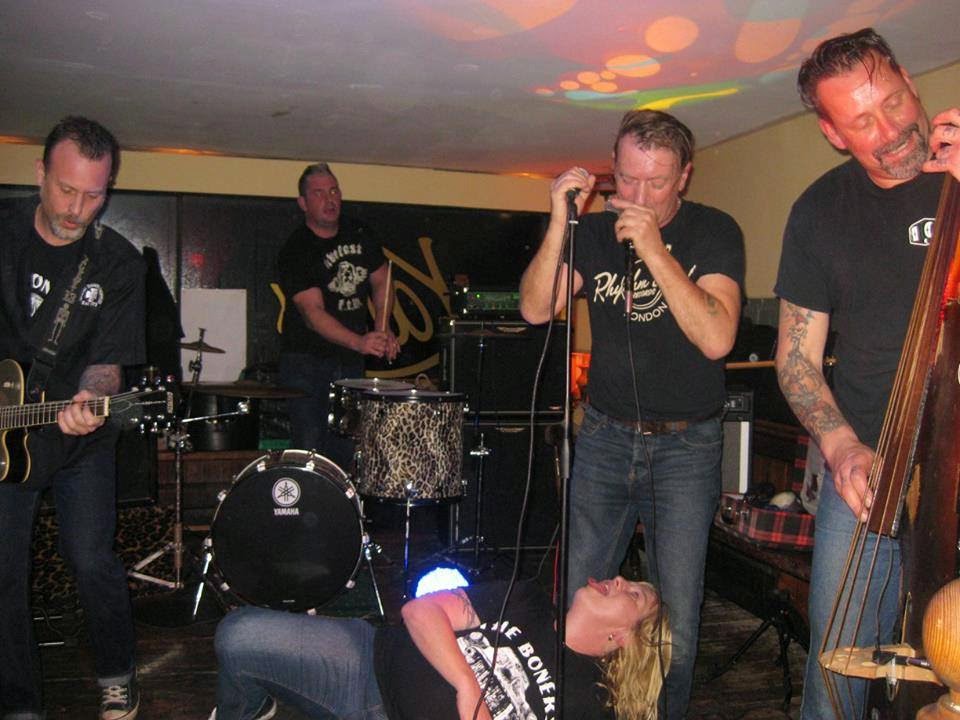 Since 2009 The Boners have been laying down some pretty kool, greasy,bluesy rockabilly.It's no stretch to say this a modern rockabilly band that loves the blues.The band deservedly managed to grab some major  attention in early 2014 when out of the blue Wild Records signed them.Well then things got very interesting:an album was signed sealed and then not delivered to Wild Records.The band then jumped ship to Rhythm Bomb and the wait began and now in 2015  that album is finally out and it definitely  has been worth the wait.Talk about been loaded, "Hell Yeah" crashes in with force,we get 12 original revved up tracks of modern rockabilly that deliver in spades.From straight up rockers to rockabilly blues to even some shades of country,this puppy nails it  and will have you up and at it as they say.There is even some killer harp action too boot.Highlights include: "Muchacha!", "The Train Song", "Lockdown" and "Baby Shaker"

Hell Yeah  is a damn strong that  reels you in then leaves you wanting more and you gotta like that! Recommended!!       https://www.facebook.com/themboners/timeline
Posted by Slams Reviews 2 at 12:32