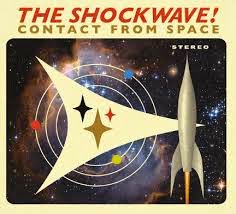 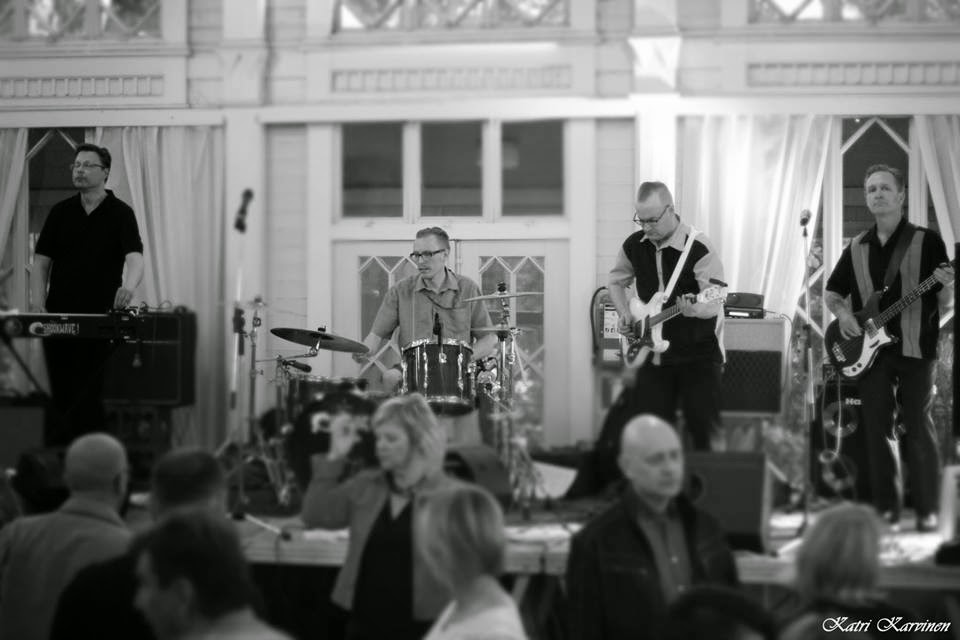 Finnish surf studs The Shockwave! have been laying down a kool brand of surf music since 2010.Their 2011  debut album "Death Race" is pretty stout . Hell the album created  a whack of interest in the band  and as a result  of that   Double Crown Records  signed them up. These kats play a mix of  traditional  and eleki surf  that's very  fresh.  The band's  sophomore album "Contact From Space"  shows that this is one serious outfit. We get  13 tracks(including 3 covers) that combine traditional , eleki,  and elements of modern surf  that  hit the spot.The album has a good mix of slow and fast tempo tracks that make for a smooth ride.Highlights include: " Golden Gambler", "Contact!", "Shock A Go Go" and "Flow Waves". Also you have to give it to a band when they cover a  a song like "Take On Me"(yes the song by A-Ha) and make it not just their own but also kinda kool.
Overall this a very strong album that has a very kool vibe that runs through out it .This is a refreshing, sweet and  at times a sexy surf  ride that will stick with you. Highly Recommended!  https://www.facebook.com/ShockSurf      http://theshockwavesurf.com/
Posted by Slams Reviews 2 at 10:52