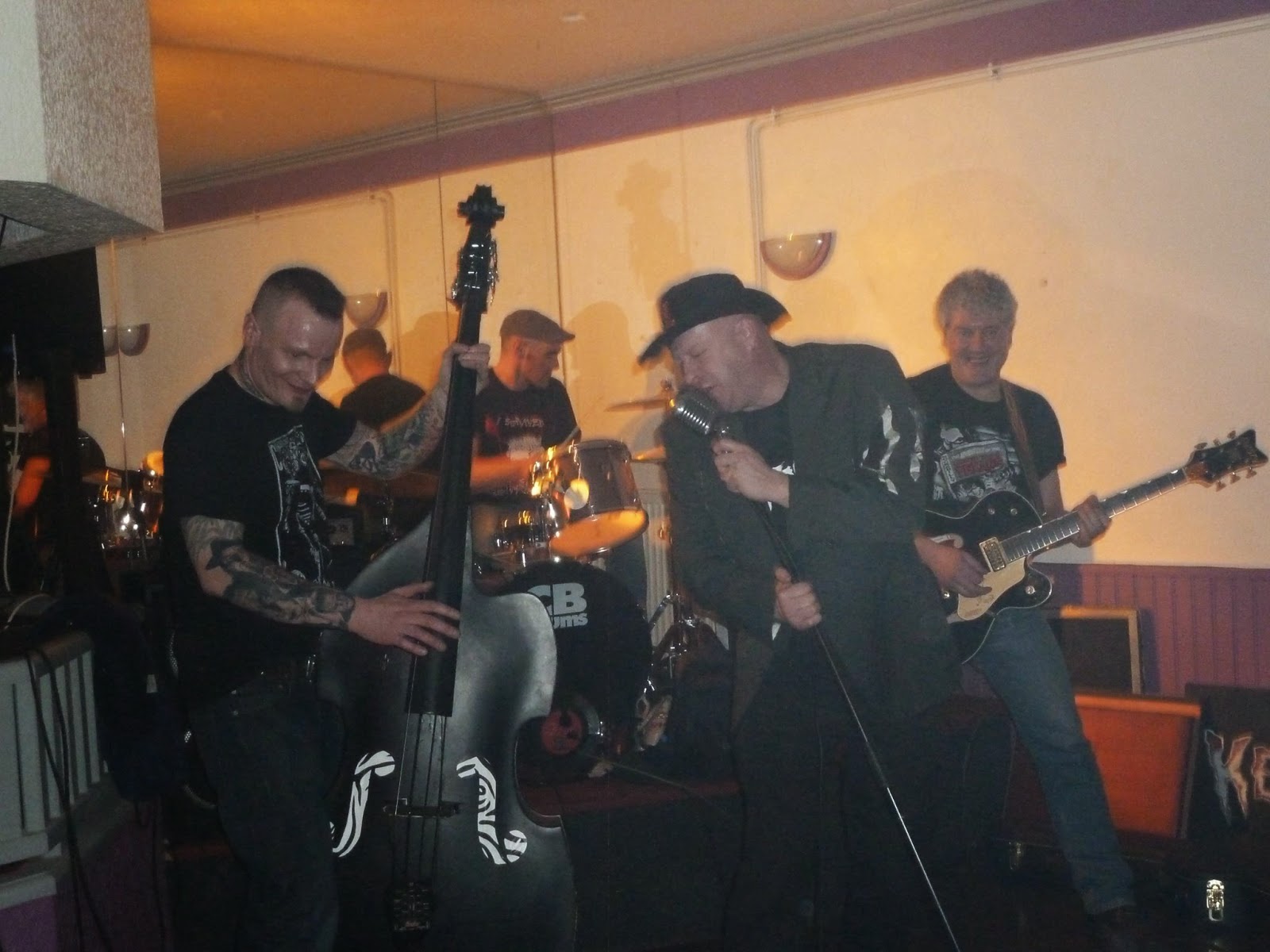 French psycho's Kemp have been at it ,off and on since 86.They are a band that many consider very kool but to others they kinda remain a mystery.As far as the band's output goes ,there is a demo, 2 singles and 2 albums,all of which are pretty damn good. In 2014 they headed into Diablo Studios and the resulting effort    "Go Psycho" is now out.This puppy smashes the clock with 12 tracks of psychobilly  that for the most part  rock hard and  fast.Kemp have never really been a typical psychobilly band and it's no different here.Hell at times they start to come off like a band that just wants to jam but then quickly show restraint and reel them selves back in.It really is part of their appeal.These boys know how to play and show it.Highlights include: " Go Psycho", " Monster", " Lou And The Natics" and " Clochard".
Kemp pull no punches here  and have released a well produced(by Doyley of Diablo Records),very strong and easily their best album yet. Go Psycho has a ton of bark but it has way more bite and you gotta like that! Recommended! https://www.facebook.com/pages/KEMP-RocknRoll-band-from-TOUL-since-1986/238736419470867
Posted by Slams Reviews 2 at 11:15