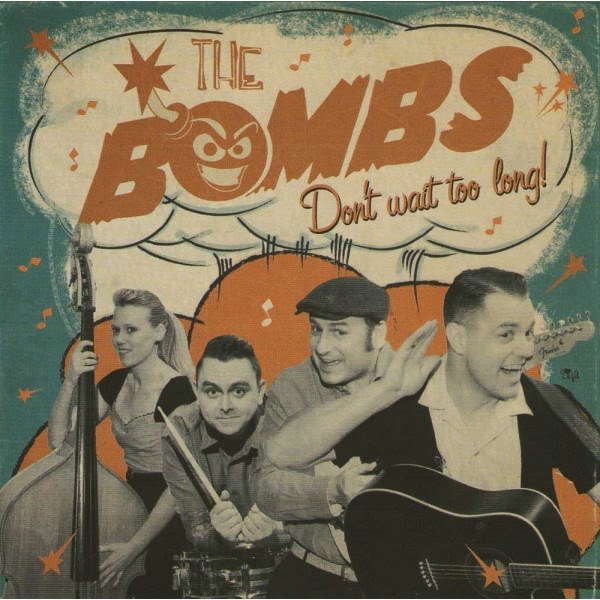 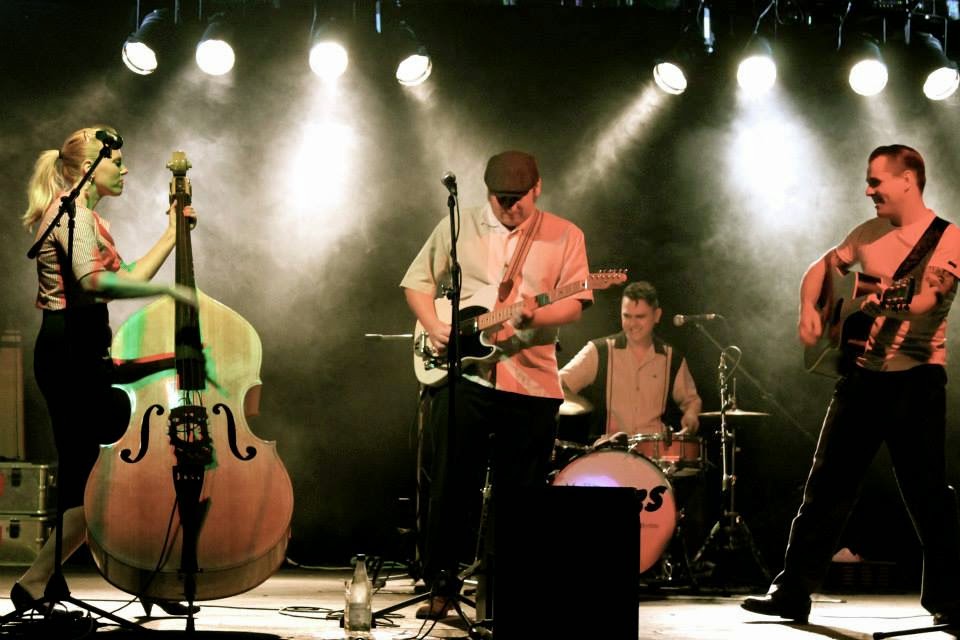 Since 2001 this southern German outfit has been dishing out some very likeable rock n roll / rockabilly and have earned a rep as a top shelf band.Over the years the band has released 2 albums, the last one, 2009's  " Straight From The Bar" managed to create a whack of interest in the band and rightfully so.It's been 5 years since that release so now the band has dropped  the apply named  album "Don't Wait Too Long". This puppy comes strolling in 16 original and  highly likeable tracks that range from rock n roll to  rockabilly to country.This is one diverse and strong  album  but then again if your familiar with the band,it's just what you would expect.Highlights include: " Do The Bop ", " It's Hot ", " Desert Eagle" and " I Know Any Heartache Is For Me".

This is a sweet sounding album that is very fresh, lively and if I dare say ,kinda hip in a way .It may have taken  The Bombs  a few years to release  "Don't Wait Too Long" but they have never sounded better.That's reason enough to cough up a few bucks for the album. Recommended!    https://www.facebook.com/thebombs.de/timeline
Posted by Slams Reviews 2 at 13:09