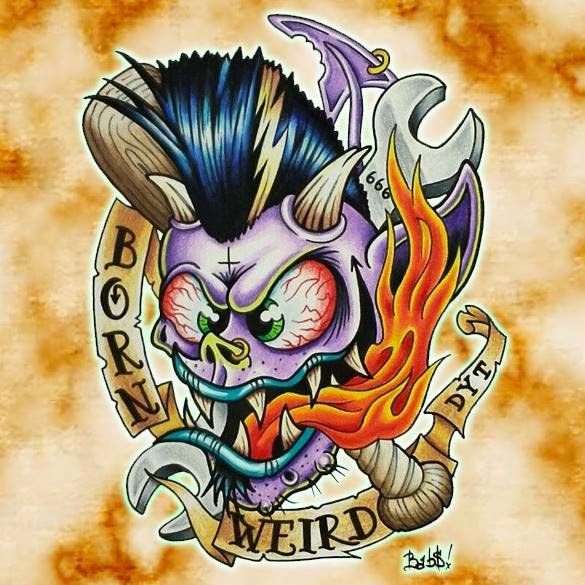 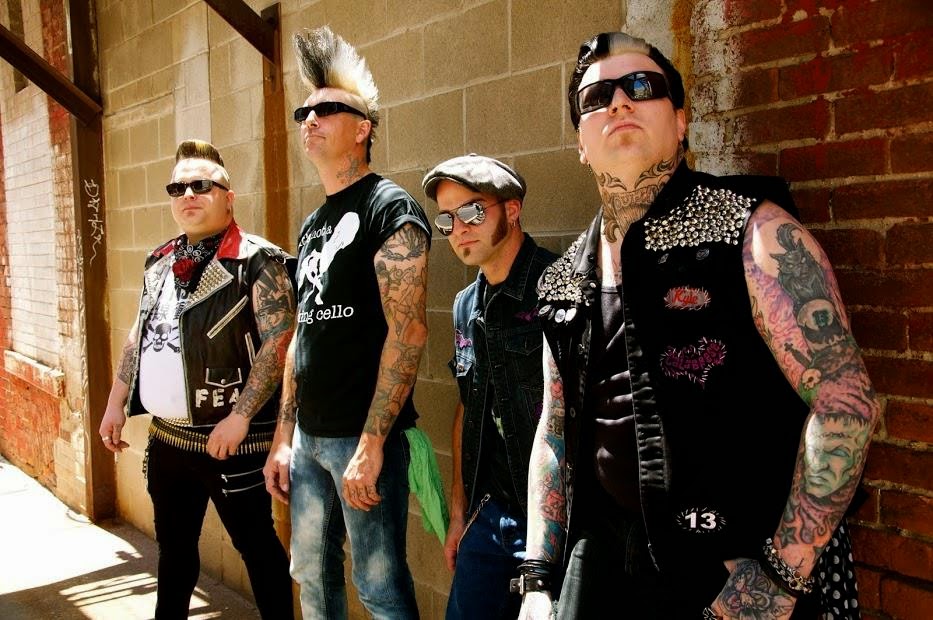 Very  late in 2012  the young upstarts The Loveless released a self titled  "ep ". It was a release that sadly was missed by many outside of Ohio .The "ep" is pretty damn good and those who heard it for the most part loved it.Killer psychobilly and you just knew the band was only going to get better.  Some time later the song "Mean Green "surfaced  and this time the band started to get some major interest. Now in 2014 the band has finally dropped their debut album and this time out  they aren't going to go under the wire. Born Weird  is let's just say a  slobberkocker. Clocking in with a whack of psycho rockers that lean slightly  more towards psycho than punk and this puppy has  more than enough of bite to satisfy . We get 12 tracks including a bonus cover of "Sonic Reducer". Highlights include: "Mean Green" , "King Greaseball" , "Speed Demon" and the kool "Devoured By Ants"
The Loveless come off here as a band that's ready to step it up .This is a lean and mean outfit that is on it's game.  If your looking for aggressive and hard  rock n roll  "Born Weird" is a sure fire pick up. Recommended!   https://www.facebook.com/theloveless666    http://www.reverbnation.com/theloveless666
Posted by Slams Reviews 2 at 15:46