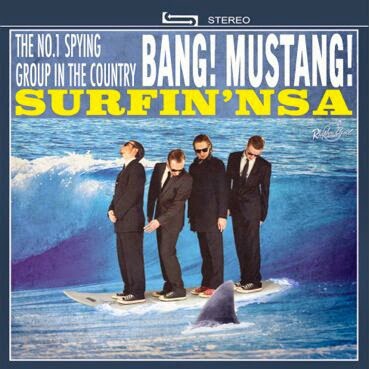 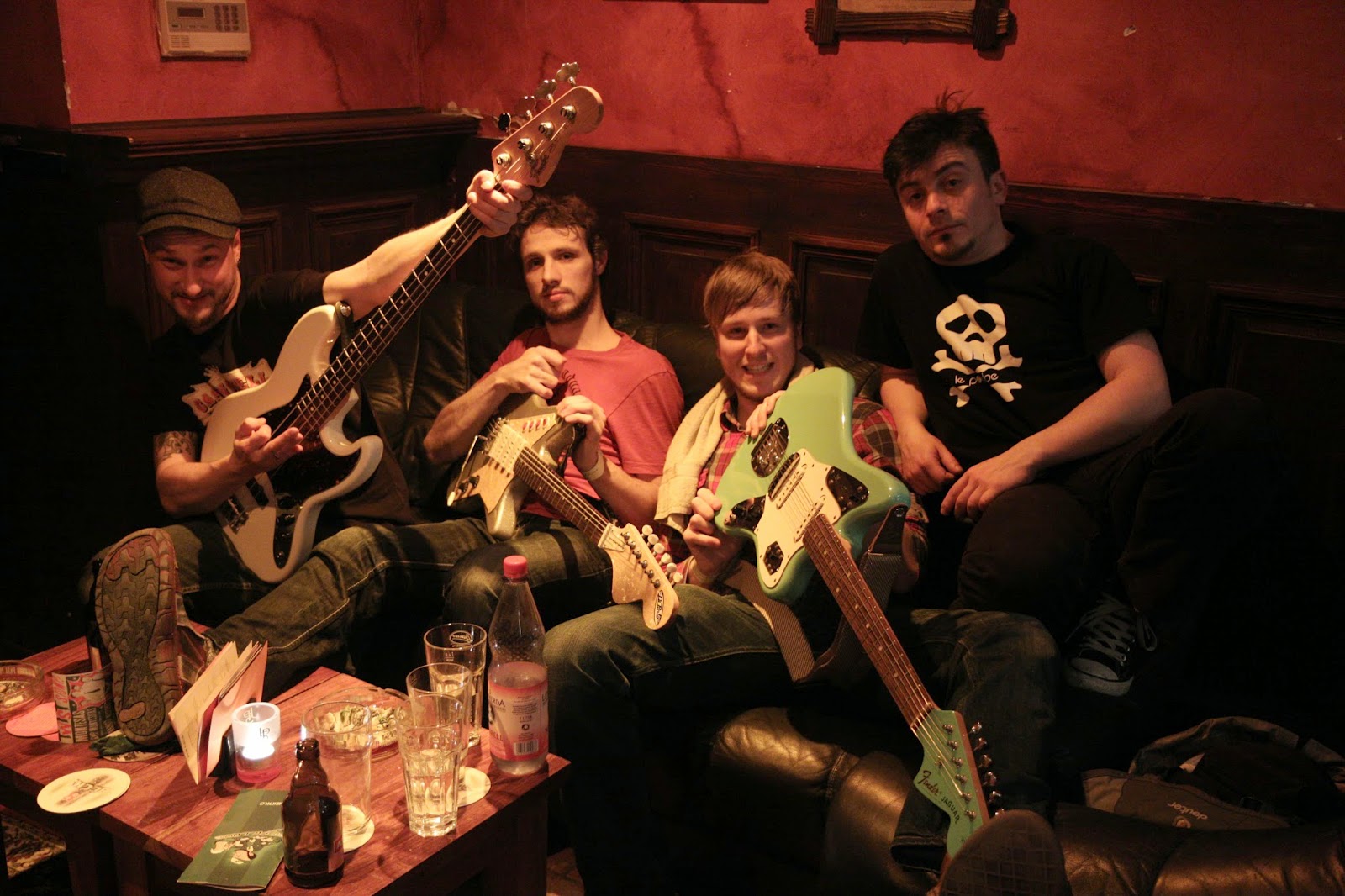 BANG!MUSTANG! washed up on the European surf scene back in 2010 with a ton of expectations on their back.After all here was a band with great pedigree and enough talent to raise the bar when it comes to the surf music.Well they have definitely more than lived up to the expectations ,to many followers of surf  they are simply one of the best "modern surf " bands period. Their 2012 debut album"The Big Twang! Theory" basically nailed it  and they are considered a must see band. Now in 2014 they're back with the sophomore effort "SURFIN' NSA!"  and this puppy  really is pretty impressive   .Coming ashore with with 16 tracks of  pure modern surf .We get  a disc full of spaghetti, spy ,power surf and more .This is rich  impressive surf  that flows  and leaves you wanting more.Highlights include: "Haunted By A Shadow", "Giant Zora" ,"Charles Bronson" and " Surfin 'NSA".
BANG!MUSTANG! have delivered in spades here and one has to ask just how good they  really are.Pretty sweet and highly recommended!   https://www.facebook.com/bangmustang/timeline   http://www.bangmustang.de/
Posted by Slams Reviews 2 at 13:13