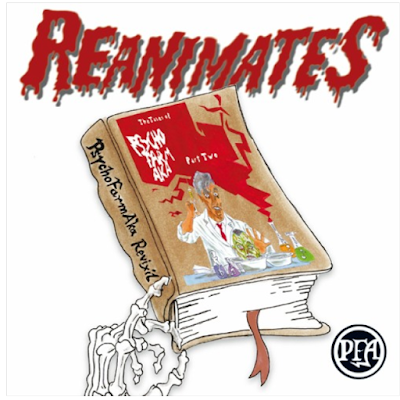 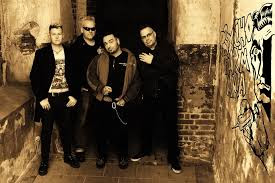 Back in 2017 Psychofarmaka released "Something Psychotic", an impressive debut album that for the most part ,went sadly under most people's radar .For anyone who managed to pick up on them, it was a real head shaker,because these cats play a catchy and damn stout strain of rockin' old  school psychobilly that really gets it's hooks into you.Now they are back with their second album " Reanimates" and man have they ever stepped it up.This time out we get 11 originals and 5 covers tracks of some of the koolest and fun psychobilly out there.From old school psychobilly to neo rockbilly and psycho surf, this is top shelf. Sure the band wears it's influences on their selves and as result there is some familiarity.But make no mistake here,they up the game and make it their own . There isn't a bad track to be found here. Highlights include:  "Marie Celeste", " Psychobilly Rumble", " Sharknado", the cover of "Midnight Blues" and the killer "Batmobile"

Psychofarmaka have really hit it out of the park with "Reanimates" Overall this is a fun, wild and open throttle trip. It's also one of the years best releases and a must (especially if your into old school psychobilly). Highly recommended !!!
https://www.facebook.com/PsychoFarmAka/
http://psychofarmaka.de/
https://soundcloud.com/psycho-farm-aka?fbclid=IwAR2Mj36qZgZxOzUWCGj2_Ar0u1qGXumEil2E0rk0FSd7j8ZAh9KnEVFkKU8
Posted by Slams Reviews 2 at 08:50