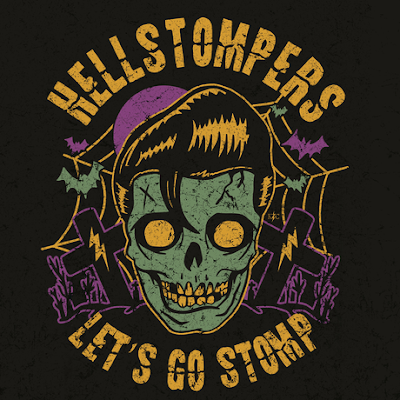 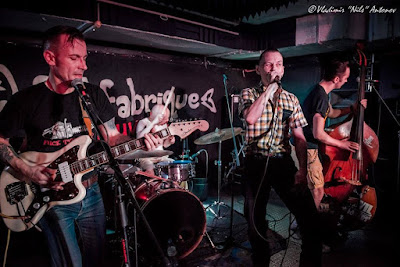 As someone who has a sweet tooth for old school psychobilly, I was kinda excited to hear a few months ago that the Hellstompers were about to release an album.For a band that's been around over 20 years, they  haven't been exactly cranking out releases .Hell just 2 damn sweet albums in that time.The last been back in 2013. So for many fans, including myself, it's been a long wait. Well it's safe to say their latest album."Let's Go Stomp" doesn't disappoint.The puppy clocks in with 17 tracks of  rip rockin' old school psychobilly/neo rockabilly .The title track "Let's Go Stomp" was previously released back in 2015 on the Lunatic Rampage 2 compilation.Also "Psycho Holiday was previously released back in 2012. But other than that this all new.We also get a few covers including  two version's of the Batmobile's, "Love Disease".Overall this is one brisk,catchy and kool ride that nails it big.Hell it's full of fun and some great slappin'. Highlights include: "Same Shit Different Day", "Set The World On Fire", "Now I Wanna Be A Bank Robber" and "Psycho Police".

This easily the best yet from the Hellstompers and "Let's Go Stomp" is one of the years best. It's also a must for fans of old school psychobilly and neo rockabilly. Highly recommended!!!
https://www.facebook.com/hellstompers/