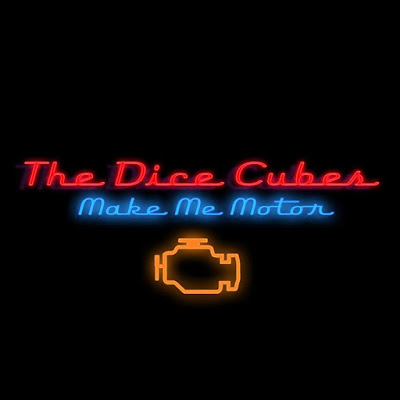 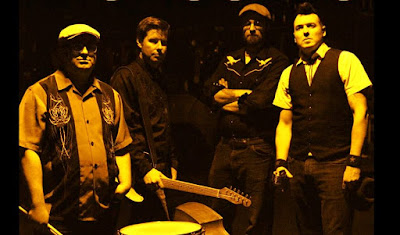 Edmonton, Alberta's The Dice Cubes have been heating up the northlands now for a few years now.Yet there are many who claim they are one of Alberta's best kept secrets. One thing for sure is that they sit at the corner of rock n roll and rockabilly.But there is way more to this outfit as they throw in shades of blues,americana , r&b,jazz and more into the mix.As a result for many people it's hard to pigeon hold them to any one genre.With 2 albums already under their belts they have shown to be a damn strong and diverse band that isn't afraid to gamble.The band's latest album "Make Me Motor" has just dropped and once again we get a kool mix bag of goodies.With 14 original tracks that range straight up rockers to slow burners.It's a rockabilly/ rock n roll album that shifts styles and becomes  a tour de force.We all have heard the saying "something for everyone" ,while it's true here.Highlights include: "Shiny & Chrome", "The Beater", "Memories Of You", "Death Of Me" and "Make Me Motor".

With each album,The Dice Cubes get better and " Make Me Motor" is easily their best.These cats shift gears with ease and the result is a very engaging,enjoyable and freakin' kool ride.Highly recommended!!
https://www.facebook.com/thedicecubes/
https://thedicecubes.ca/?fbclid=IwAR1dvpOSDpPcKGERYesp6VOWGP8hanRZ-_HfRHrt174Zkq0GGJjoV8IcoV8
Posted by Slams Reviews 2 at 11:38