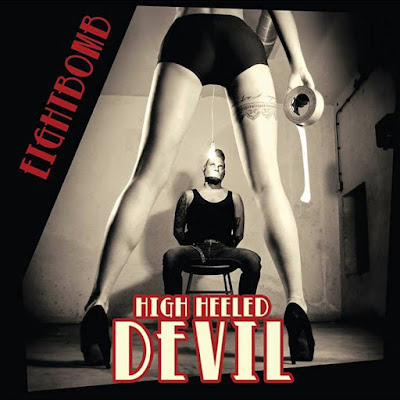 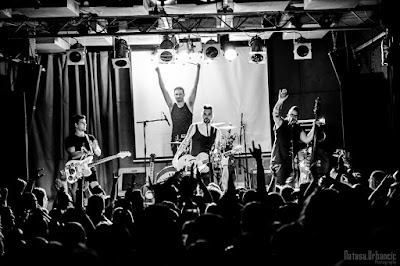 When tragedy struck EightBomb back in 2015 they could have easily packed it in but instead they regrouped and continued on. Kudos to them and as a result "bombabilly" lives on and that's a good thing. EightBomb has always been a kool and unique act,their blend of neorockabilly,rock n roll and punkabilly has lead the band to be coined "original not traditional rock n roll". That said these cats are back with their 5th and latest release,"High Heeled Devil" and this puppy doesn't disappoint.Clocking in with 8 winning tracks that deliver the goods.It may not be as sonic as some of their pass work is, but it's a more balanced attack and still manages to punch it up at times.We also get 2 members taking turns on lead vocals, which helps spice up the affair . Also Jeroen Hammers (Batmobile) makes a guest appearance on the track "A Scar".Highlights include:: Killer Babe", "Empty Heart", Nice Neverless" and " High Heeled Devil".

EightBomb have mixed it up a bit with "High Heeled Devil" and despite only 8 tracks ,this is a sweet slice of neobilly/rock n roll .Hell it's bombabilly and you gotta like that.Recommended!!!
https://www.facebook.com/8Bomb/    http://www.eightbomb.com/
Posted by Slams Reviews 2 at 11:55