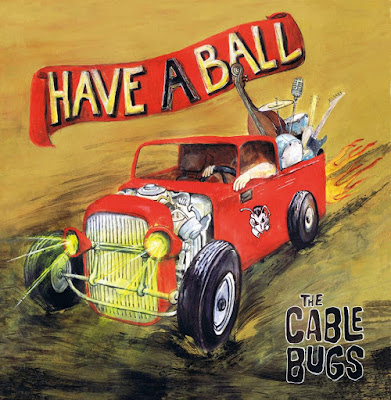 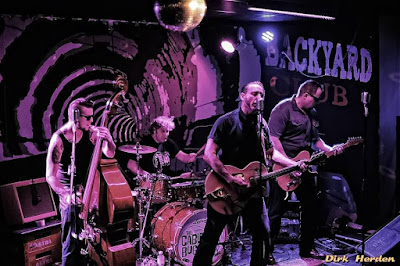 Since forming in 2002 The Cable Bugs have had more than their share of ups and downs.It seems like they get on a roll and then life gets in the way. As a result the band's only release is their fine debut album "Oh my Bug" back in 2012,until now. In 2017 they signed up with Wolverine Records and have recently dropped their long awaited  sophomore album, "Have A Ball ".This puppy comes in with 12 originals and 1 cover of sweet and catchy rock n roll/ rockabilly than brings it on. This is a  band that has the confidence to change and mix it  up ,then throw in some blues into the pot  .The result is a more than satisfying stew of fresh modern rockabilly .It's serious  rockabilly that's a whack of fun.Highlights include: "Mercenary Blues", "My Cat's Cat's Gone", the cover of "Black Diamond" and "Have A Ball".


The Cable Bugs have a solid rep of been a damn fine band and that's backed up with "Have A Ball ". This is a pretty stout and fun album that pays off big. You should really check them out. Recommended!!!     https://www.facebook.com/pg/TheCableBugs/about/?ref=page_internal
http://www.thecablebugs.de/
Posted by Slams Reviews 2 at 18:42