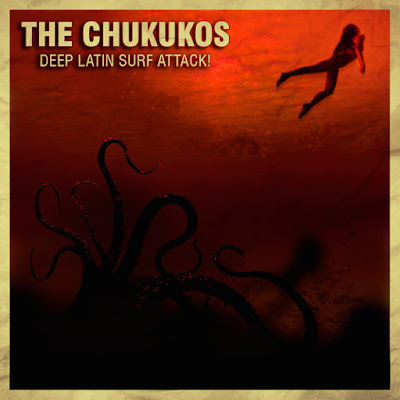 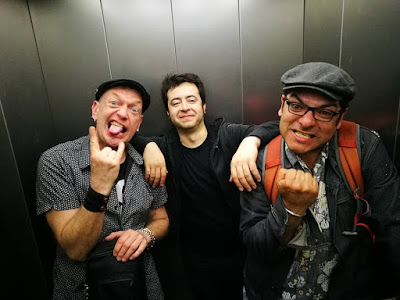 For a surf band that's been around for only a couple of years, The Chukukos are pretty ballsy .These young upstarts from Chile play a brand of loud and proud surf that's hard to resist.They also it seems, don't like wasting time.They quickly earned a solid rep,then moved the show to Germany.Oh and they dropped a couple of kool and stout singles along the way.Now their debut album, "Deep Latin Surf Attack" has dropped and boy it's a doozy. This puppy crashes ashore with 8 killer tracks that hold nothing back.It's a mix of surfpunk and smash mouth,so you know it hits hard and fast.Hell it clocks in at around 21 minutes with  only one track hitting the 3 minute mark. Highlights include : "La Virgen de las Barricadas", "Surfeando en los 90's", " La Partida" and "LaVenganza de Ramon Ramon".

If anything, " Deep Latin Surf Attack" is a fun kinetic ride that leaves you wanting more.It's a very stout debut album by a band that you should watch out for.Get it while you can on bandcamp (pay what you can)  Recommended!!!
https://www.facebook.com/thechukukos/    https://thechukukos.bandcamp.com/album/deep-latin-surf-attack