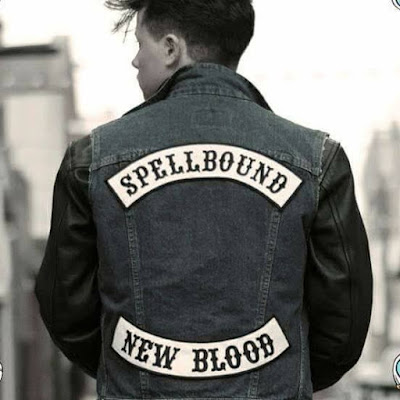 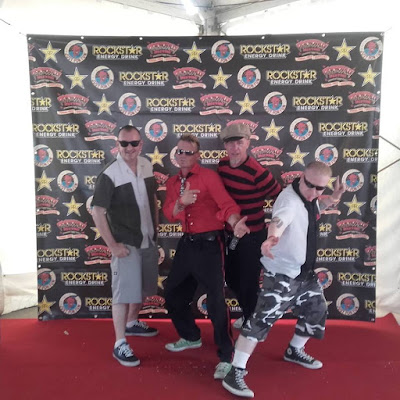 For many psychos out there,Spellbound takes a back seat to no one.Right from their start back in 1986 these cats have been and still are a top flight band that isn't afraid to mix it up and still to this day can surprise.The band's last album was in 2011,the stout "Stir It Up".Since then they have put out a mighty fine  split album with The Mullet Monster Mafia, "Clash Of The Irresistible"(2013). In 2016 they released the "Write My Name On The Wall" ep and also the "Legend Of The Past" single. Both releases showed that they were on top of their game.Now they are back with their 5th and straight up kool album "New Blood" .Coming in with 11 original tracks(included  all 4 tracks from"Write My Name On The Wall" and the track "Legend Of The Past") that are hard to resist. This time out they really mix it up and as a result this is one rich and diverse album.We get a freakin' goody bag here that includes  psychobilly,rocknroll ,teddyboy,ska,country and neo rockabilly.This is diffidently not a psychobilly album,it's a damn killer rocknroll album. Highlights include: "Smash It Up", "Burning Out", "Say It Isn't So" and "Celine"

Spellbound have delivered  a very impressive and satisfying album with "New Blood".This has something for everyone and may be their best yet.Highly recommended.
https://www.facebook.com/SPELLBOUNDPSYCHO/     https://www.reverbnation.com/spellboundpsycho
Posted by Slams Reviews 2 at 17:33