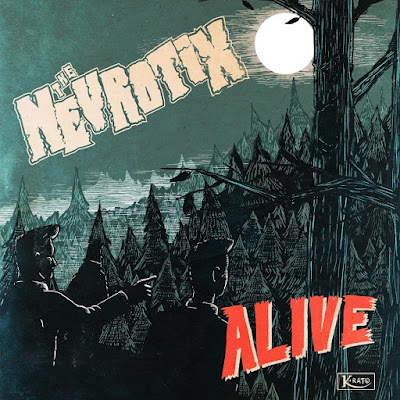 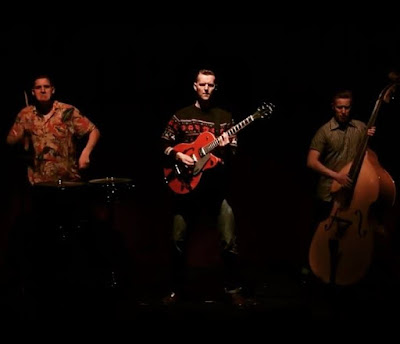 Back in 2016 the young upstarts, The Nevrotix blew out the doors with their excellent debut album "Paranoid". Without a doubt it was easily one of the best albums of 2016. Their brand of old school psychobilly mixed with neo rockabilly is not only refreshing but it's also freakin' catchy.Now they are back with the sophomore effort "Alive" and man this puppy really ups the game.Proving their debut album was no fluke, The Nevrotix come out swinging hard  with 13 original tracks.Once again we get that kool old school psychobilly/neo rockabilly mixture but this time out the sound is more beefier and stronger.Hell these cats are flexing their muscles here and one has to be colored  impressed.There isn't a week track to be found here .Highlights include: "The Hatching", "The Plague", "No Name", " Nervous Beat" and "Fire Train".

The Nevrotix are like a fine tuned engine on "Alive".It's got the horsepower and doesn't disappoint. It's a no brain here,they're a damn good  but I don't think we really knew just how good .This is 100 % top shelf and a diffident must have . Highly recommended!!!
https://www.facebook.com/thenevrotix/     https://www.instagram.com/thenevrotix/
Posted by Slams Reviews 2 at 19:10