Ten Bob Millionaires - We Regret To Inform You 2017 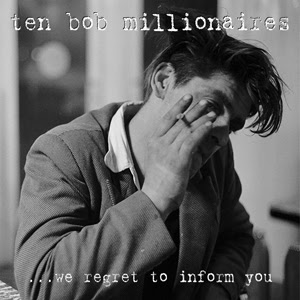 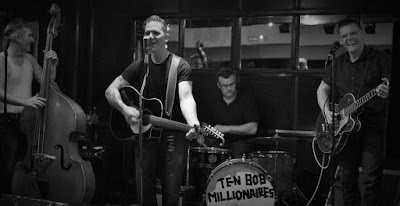 Over the last few years the British rock n roll scene has quietly emerged as one of the best scenes anywhere on the planet. It's full of established bands and young bands that are damn good and have the will / ability to get their music out there.One of the better outfits  is the Ten Bob Millionaires,who arose out of the ashes of long gone The Rhythm Aces in 2011.Over the last few years they have become contenders and have earned a solid rep.These cats reside at the corner of rockabilly and rocknroll. Their debut album" We Regret To Inform You" kicks in with 12 kool and stout  tracks that are equal  parts rock n roll and rockabilly.They also throw in  some tinges of country and skiffle and as a result we get a sweet and enjoyable ride. Highlights include: "Blood On The Cobbles", "Part Time Loser", "Screw 'n' Smash" and "Bad News Travels Fast"


Overall , "We Regret To Inform You" has a pretty kool vibe going on. At times it has a familiar ring but it also delivers the goods. Hell it's released by Western Star Records so you know it's one you gotta check out. Recommended !!!
https://www.facebook.com/TenBobMillionaires/
Posted by Slams Reviews 2 at 13:14