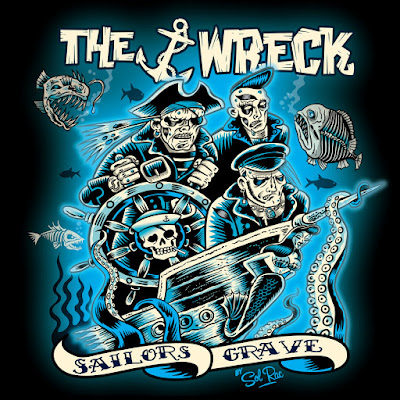 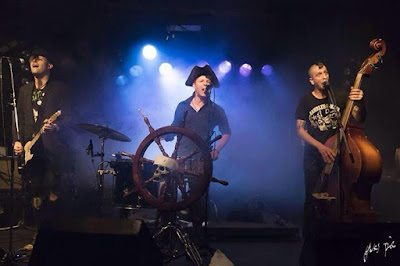 Just when you think it's safe to set sail,along comes The Wreck .A group of psycho pirates that aim to take over the seven seas .With a whack of mayhem and pedigree they fired off a very kool warning shot earlier this year with the"Nosferatu"single.Now there back with a barrage and looking to take no prisoners .The band's debut album "Sailors Grave" has just washed ashore and this puppy is a straight up winner.Clocking in with 12 rockin' tracks of old school psychobilly that will light a fire under your ass.This is fun and brisk  psychobilly that has a little twist of new wave. It's also a damn refreshing and powerful ride that will have you coming back for more.Highlights include: "Space Outlaw:, "Morphine" The Day The Earth Stood Still", "Attack Of The Giant Bumblebee" and the sweet "Axe To Beat".

There was a some major anticipation for "Sailors Grave" and it's safe to say that The Wreck  have delivered big time here .This is one pirate's treasure you want to snag up.Highly recommended!!!
https://www.facebook.com/PsychoPiracy/
Posted by Slams Reviews 2 at 09:06