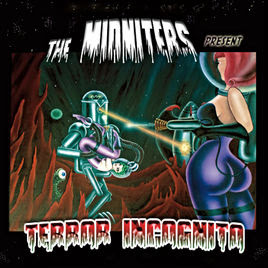 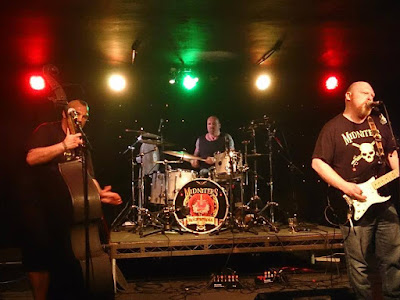 Back in the late 80's The Midniters  achieved some success with 2 albums, "Easy Money" and "Walk The Line".When 1990 rolled around this hard driving neo rockabilly outfit  had packed it in.Then in 2112 they reformed for a one off gig  and despite a few setbacks still has the band  in action to this day and that's a good thing .They are now on the new label Planet X Records and have reissued "Easy Money".Better yet  they have just dropped the new , "Terror Incognito"  their third and best album.This puppy comes growling in and means business .We get 10 originals and 2 covers of  "hard rockabilly" colliding with psychobilly that has hard rock edges .It even has a little surf vibe at times, all which really ups the game here.Highlights include: "Got To Hurry", "Dead Man's Hand, "All Out Attack" and " Terror Incognito".

There is a lot to like about " Terror Incognito " ,yes it's a comeback album but it is also pretty damn stout . The Midniters are hitting back hard and you just know they still have more gas in the tank.Highly Recommended !
https://www.facebook.com/TheMidniters/    https://www.facebook.com/planetxsounds/
Posted by Slams Reviews 2 at 08:31