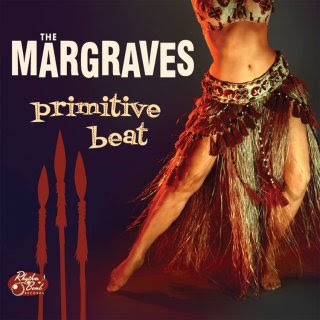 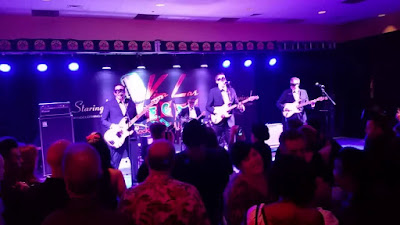 Roy Kay has been in some pretty killer bands but none kooler than The Margraves. Back in 2014 they released their debut "On The Warpath" a sweet and stellar album chalked full of rock n roll goodness. Since then these kats  have been winning over fans with their brand of 50's inspired  rock n roll that is catchy as hell, very seductive and  hard to resist.Now in 2017 they are back, officially now as a  four piece and with their sophomore album,"Primitive Beat".This time out we get 14 killer originals that stay the course yet still manage to up the game. At times it's wild,moody ,hard driving and also sexy.This is one puppy that hits a groove  and stays there making it a sweet ride from start to finish.Highlights include: "She Shakes", "Not Guilty", "Primitive Beat", "La Matadora" and "Black Widow".

Bottom line on " Primitive Beat" is that it's, flat out a winner. This is freakin' kool  rock n roll that leaves you wanting more.Highly recommended!!!
https://www.facebook.com/TheMargravesBand/