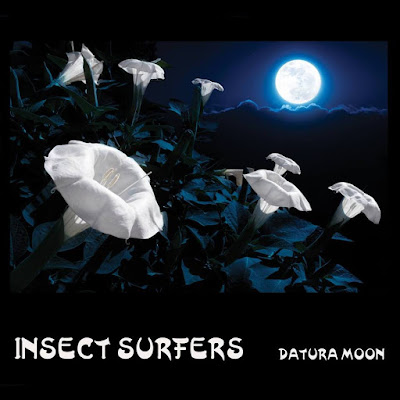 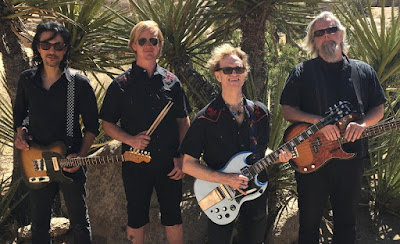 The Insect Surfers have been kicking around since 1979 and in that time they have appeared on a whack of compilations but have only released 4 albums ( not including a best of and live album).However those 4 albums are pretty much considered classics of the surf genre. Their last and arguably best offering "Infra Green" came out in 2013.Despite the limited amount of releases they are and remain one of the kings of modern surf.That said the band's latest "Datura Moon"is finally out and  again they take it a notch up.This time out we get 10 original tracks that run the gamut  from traditional to progressive surf to psychedelic.Let's call it what it is damn good modern surf.Sure it's more of the same but these cats always seem to up the game. This is one  kool and refreshing ride that pushes the folds  of surf .Highlights include: " Flying Fish Offramp","Red Mesa", "Tapping The Source" and "Wavelength"


The Insect Surfers are a band you expect good things from and they always deliver.With " Datura Moon" they do it again.This is a pretty stout and impressive album by a truly killer band. Highly recommended !
https://www.facebook.com/InsectSurfers/     http://www.insectsurfers.com/
Posted by Slams Reviews 2 at 12:54