Psycho Farm Aka - Something Psychotic 2017 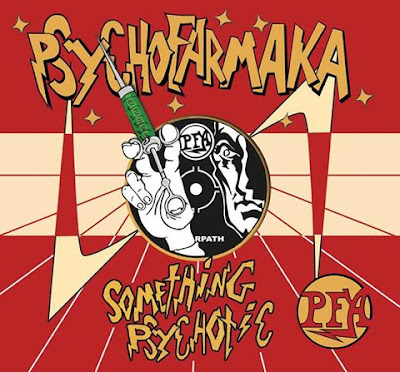 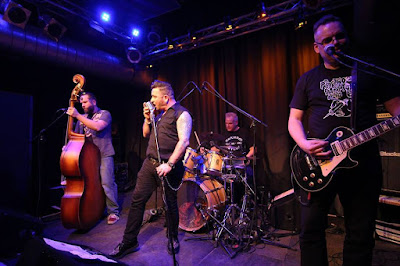 Emerging out of  the industrial wastelands of Ruhrpott (in late 2013) comes Psycho Farm Aka (PFK) an interesting and stout  rockin' psychobilly outfit.These cats play old school psychobilly and aren't afraid to mix things up.Their debut album "Something Psychotic is proof of that.Instead of rushing out their debut affair,  they took the time and delivered a killer disc with a refreshing flare.We get 13 tracks of kool old school psychobilly that border on neo- rockabilly at times.Add into the mix a little whack of the blues and the results will cure your ills.Sure we get some of the horror angle here but no two tracks sound alike and that makes for a better album.Highlights include: "Psychofarmaka",The Sin", "Warpath", Cut Across Shorty" and "U.F.O."

Overall "Something Psychotic" is one impressive debut album that packs a punch and is a blast of rockin' fun.But beware this puppy will grow on you .Highly recommended.
https://www.facebook.com/PsychoFarmAka/  http://psychofarmaka.de/
Posted by Slams Reviews 2 at 10:12