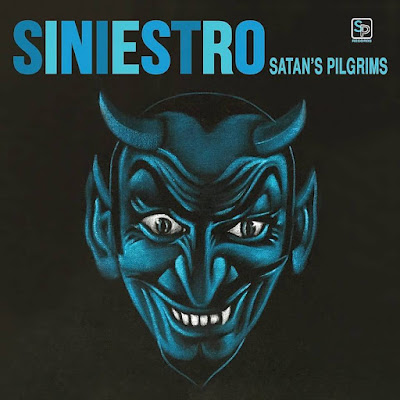 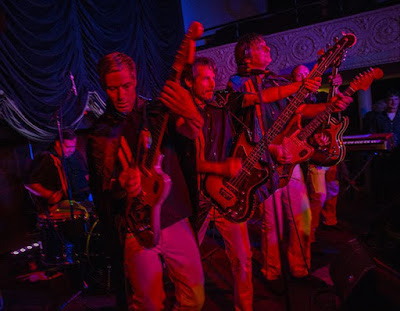 Few surf band's have had the impact that Satan's Pilgrims have.This Portland outfit has and is hugely influential in the surf scene .So it is big news when they release a new record especially since it's been over 8 years since their last release of new music.That last outing  of new material  was 2009"s " Psychsploitation",which is considered to be a landmark surf album.Now in 2017 they have stepped out of the shadows with "Siniestro" and this puppy is freakin' sweet. This time out they get back to the basics: traditional surf with the right amount of aggression. We get 15 original  tracks here that at times show restrain and still pack a punch.As in the past ,their 3 guitar attack  gives the band a full crisp,surf sound that will color you impressed.Highlights include: "The Juggernaut", "Uphill Scramble","Short Sand Surf" and "Siniestro"

Getting right to the point here : "Siniestro" is a flat out stout and kool album.Not only is this a stellar surf  album it's also one of the years best in any genre and you can take that to the bank.Highly recommended !!!!
https://www.facebook.com/satanspilgrims/?ref=page_internal    http://www.satans-pilgrims.com/
Posted by Slams Reviews 2 at 08:49