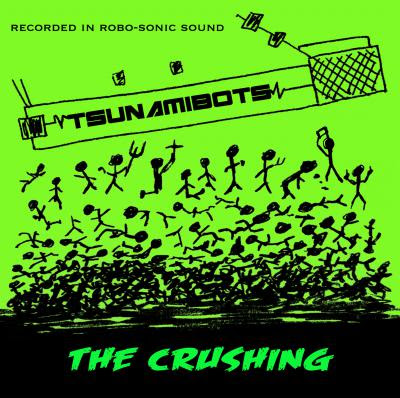 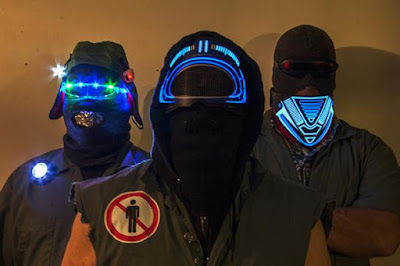 From parts unknown(some say Vermont) come The Tsunamibots,  a robotic surf machine that's bound determined to crush the human race. Just saying but make no mistake this is a killer surf outfit that knows what smash mouth surf is.With 2 stout eps under their belts and a fair size following on the eastern side of North America  it has become time to step up their Robotic Revolution. That said the outfit's debut album has now dropped and it's a dewsy.Simply called " The Crushing" and believe me it lives up to it's name.This puppy smashes in with 11 tracks of robotic surf.From a little aggressive traditional to surf punk to smash mouth this hits hard and fast.They even throw in some lyrics on a couple of tracks just so you know this is a robotic uprising.Over all it's powerful,has a sense of urgency and is a whack of fun.High lights include: "Automaton", " Sold by Jawas", "Robotic Meltdown", " Theme Code" and " Short Term Internal Memory Failure".

Bottom line is that "The Crushing" may not be for everyone but if you like your surf rough,loud or even in your face this is diffidently for you .This puppy rocks and you gotta like that. Recommended!!
https://www.facebook.com/Tsunamibots/     http://www.tsunamibots.com/
Posted by Slams Reviews 2 at 13:09