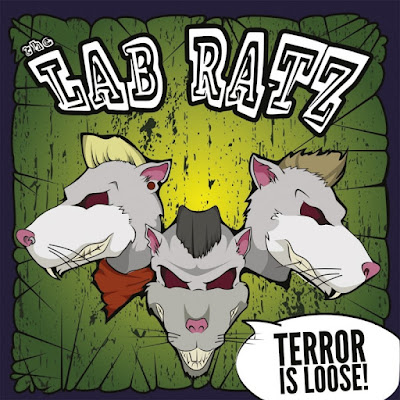 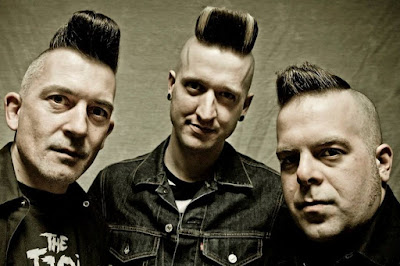 The Lab Ratz  exploded onto the Montreal scene back in 2014 and haven't looked back since.Sure they have a serious whack of  pedigree but this an outfit that doesn't rest on it's laurels.Hell they are known for been one really intense and raw live act.In some corners of the Canadian psychobilly scene the band's debut album has been just as hotly anticipated as some of the other big name releases that happen late last year.So now in early 2016 the band has dropped their debut album " Terror Is Loose". There is no doubt this puppy rocks hard and nails it.We get 13 original  tracks of pure killer psychobilly  that really do impress.This is psychobilly that will  appeal to both the old school and modern camps.Highlights include: "Uptown Mouse", "Duct Tape Boogie", "Channel Real TV", " Revenge" and "Wild Cavemen".
With "Terror Is Loose" The Lab Ratz  have more than  lived up to all the buzz about them.It really is no surprise that this is a killer album  and that should tell you something. Highly recommended!!
https://www.facebook.com/psycholabratz/timeline   https://www.reverbnation.com/thelabratz3
Posted by Slams Reviews 2 at 11:46