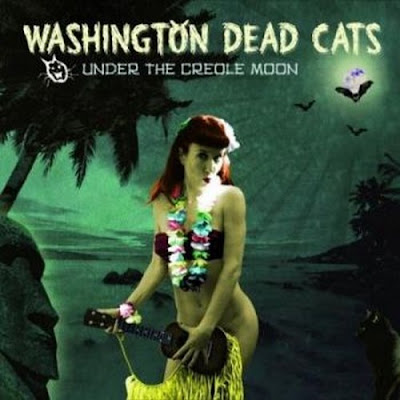 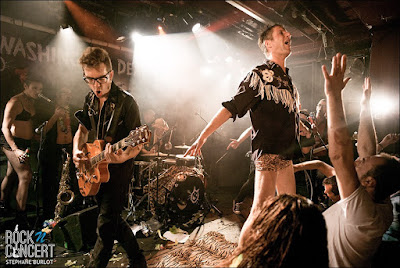 After 31 years and 10 albums the Washington Dead Cats aren't content to sit on their laurels.Considered by many to be one of the "wild punkabilly bands" around and to others a unique psychobilly outfit.But make no mistake this is one killer rock n roll band that has consistently delivered the goods. That said the band's 11th album "  Under The Creole Moon" is now out and this is one mighty fine outing.Smashing in with 14 tracks that throw out genre lines,mix it up and ends up just been fun and kool.There is something for everyone here,from punkabilly,country,blues to rockabiily and straight up rock.Hell the band's  horn section has never sounded better .Highlights include: "Give Me Back My Broken Heart", " Look Into My Eyes", "Only Vinyl Is Cool" , and "Under The Creole Moon"
This is one on those albums that gets under your skin in a good way.If anything " Under The Creole Moon" is at times hard hitting ,always fun and very addictive.Let's just say it's a winner .Highly Recommended.
https://www.facebook.com/washingtondeadcats/timeline   http://www.washingtondeadcats.com/
Posted by Slams Reviews 2 at 10:48