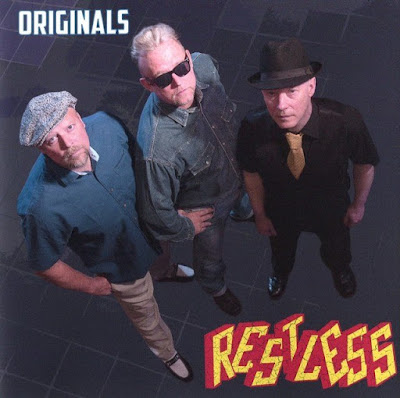 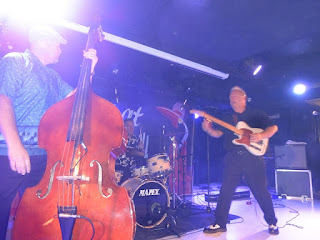 When it comes to neo rockabilly it really doesn't get much bigger or better than Restless.These kats have sold a whack of albums, have a  huge world wide following that continues to grow and are highly respected and influential. Restless is a band that has set the bar pretty high and for the most part delivered.With their latest release " Originals" they have put out arguably their best yet and believe me that's impressive.This puppy  crashes in with  12 new originals of juicy neo rockabilly  by the original line up (the last time these kats were together was back in 2006). You  know right from the get go that Restless has some  serious  mojo happen' here. Highlights include: " Don't Say It Unless You Will", "Rat-A-Tat-Tat", "You Drive Me Insane" and "Maraca Man".
After all these years it is kool that a band like Restless can still have a sense of urgency about them.Hell "Originals" not only sounds great ,it's fresh, kinda ballsy and is one of the years best albums.It's more than  what you can ask for and you gotta like that. Highly Recommended!    https://www.facebook.com/groups/104881820445/
https://www.facebook.com/groups/127348743955447/
Posted by Slams Reviews 2 at 12:25