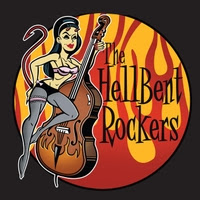 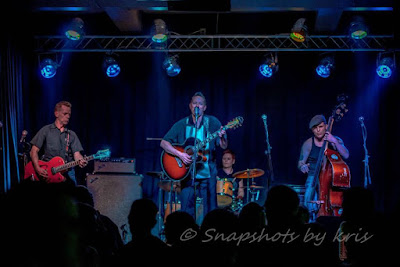 Hailing from the big smoke known as Hamilton ,The Hell Bent Rockers have made a name for themselves with some smooth and kool  rockabilly that gets you off your ass. With the release of a  pretty strong demo a couple of years ago they became a band to watch out for. Hell that demo got some major attention.Now in 2015 the band's debut album shows that these kats are more than able to deliver the goods.This self-titled album marches in with 11 original tracks that don't stray off the rockabilly/ rock n roll axis. There is some damn good  rockin' going on here and also a whack of some mean and kool sax playing throwin into the mix.If that wasn't enough, we get some harp action and as a result this puppy has a neat and pleasing  vibe. Highlights include: "Hot Rod" , " What's Your Poison", " Mean Eileen" and  "Let It Out"
The Hell Bent Rockers are making some noise here and it's all good. Overall this is one strong and fresh debut album that is well worth laying down a few bucks on.Recommended
https://www.facebook.com/Hell-Bent-Rockers-101290876628816/?fref=ts  http://hellbentrockers.com/
Posted by Slams Reviews 2 at 12:42