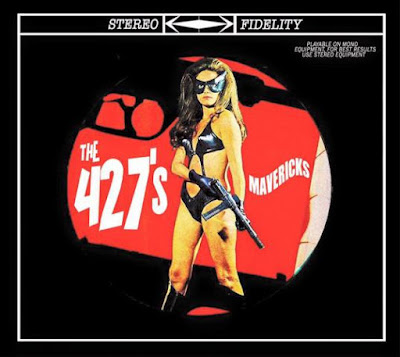 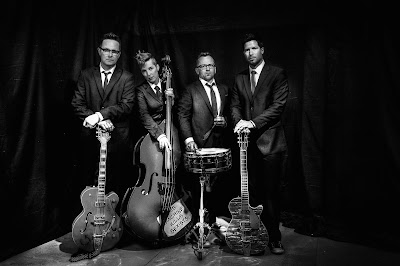 Back in early 2014 Calgary's The 427's released "Surf Noir", a very strong ep and campus radio stations across Canada picked right up on it.Hell that 5 song ep  has charted across the country and is still  getting a ton of airplay a year later.Believe me that's no small feat especially for a surf band.The band also managed to gain some attention south of the border in America as well. Seizing on the so called moment the band has just released it's debut album "Mavericks" and this puppy nails it.We get 11 (1 hidden) original tracks of basically first wave inspired surf that are smooth ,slick and damn good.Throw in some spaghetti and spy and the result is one very impressive debut.Highlights include: "The Spy Invasion", "Yellowbelly", "Urchin Stomp" and "The Score"
The 427's are still a young outfit since they formed in 2013 and that makes " Mavericks" even more impressive.This is one mature, sexy and kool ride that leaves you feeling fresh.Recommended !!!
http://the427s.com/  https://www.facebook.com/The427s/timeline    http://the427s.bandcamp.com/album/mavericks
Posted by Slams Reviews 2 at 11:03