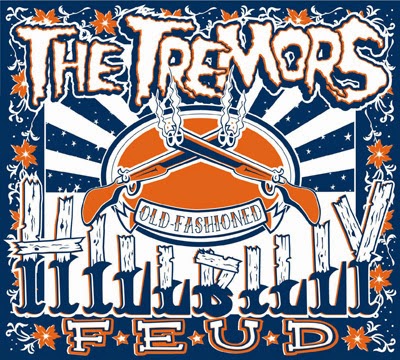 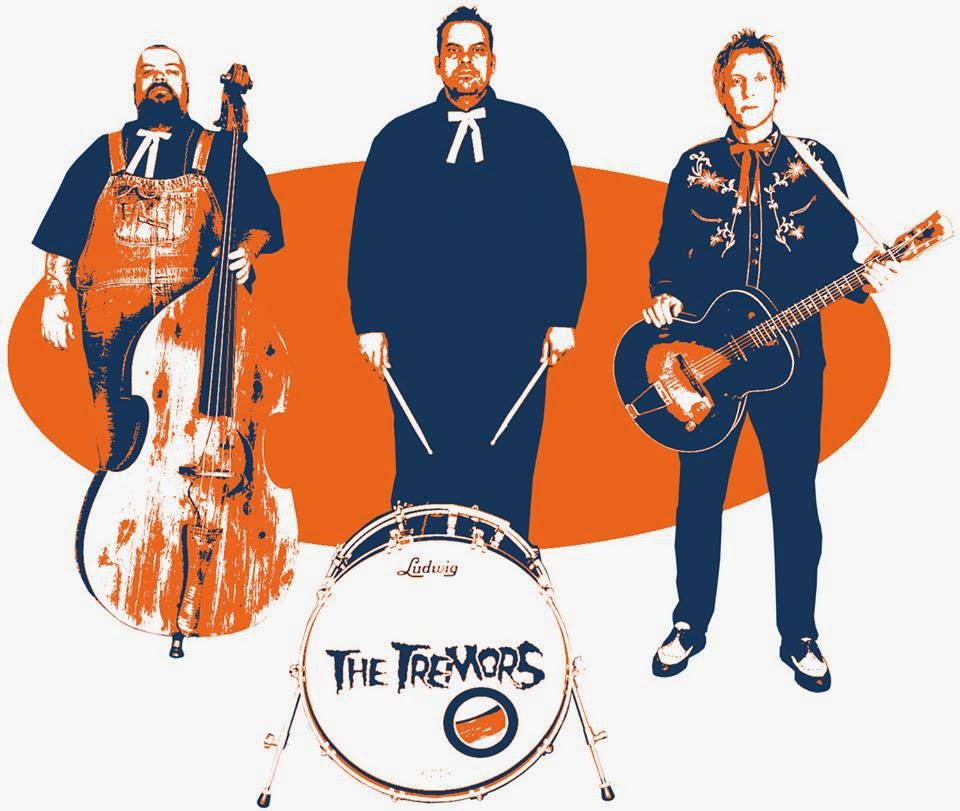 When it comes to ass kickin' rockabilly few bands can match The Tremors  or as some people call them "the Scourge of the South". If your not familiar with them ,well let's just say they play a brand of ragged and fast  rockabilly with a some fuel injected hillbilly and a little trailer park attitude thrown into the mix .The bands last release was the stellar "Demon Boogie Fever" and that was back in 2009.Now after 5 years the band has released "Old-Fashioned Hillbilly Feud" their 4th and arguably  best album yet.This is one full throttle blast of fun  that crashes in with 11 original tracks and 1 cover that will color you impressed . As in the past, The Tremors don't dick around here and as a result this puppy clocks in at under a kool 24 minutes.Highlights include:" Cabin Fever" ,"Delirious", "Means as a Snake" and "Bundle of Nerves".
Old-Fashioned Hillbilly Feud  may be a short album for some  but it really does pack a hell of a punch.This is great rockabilly that's raw ,rough ,kool and refreshing.The Tremors are a band that has always delivered  the goods,refuses to be boring  and as they say : always leaves you wanting more.  Highly Recommended    https://www.facebook.com/the.tremors    http://www.tremorsrockabilly.com/