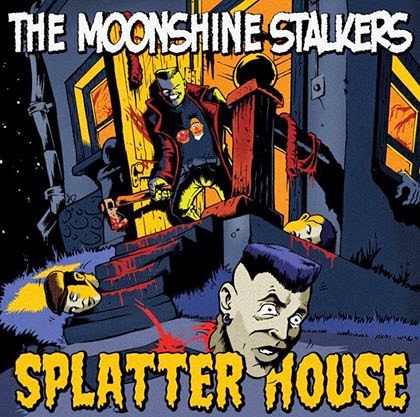 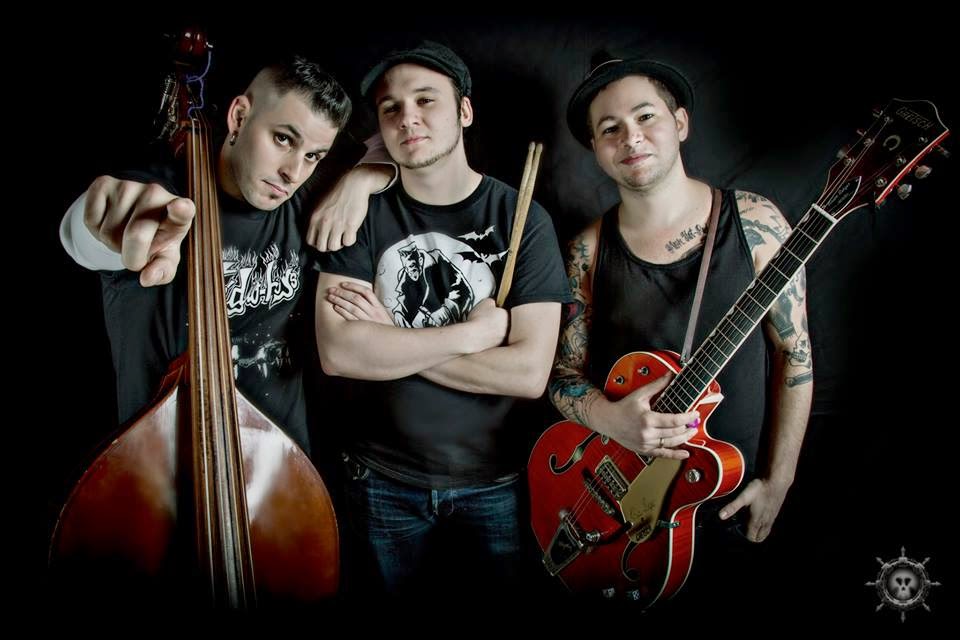 Back in 2011 The Moonshine Stalkers released the stellar ep "Look Who's Stalking"  and you could say it  caught more than a few people by surprise .Since then the band has developed a pretty solid rep as an old school psychobilly band  with a fresh  and modern  sound. Hell the phrase "psychobilly power trio" has been used to describe them.Last year (2013) they released the single "Necropolis Station",another killer effort  that really cemented them as a band to watch out for.So now in 2014  the band has dropped their debut album "Splatter House" and man it's pretty damn impressive.
This puppy comes out swinging and doesn't let up.We basically get 12 (including both the a and b sides of "Necropolis Station")  kinetic psycho rockers that are sure to please and hard to resist. The band  has  more than lived up to the buzz here and have delivered a truly strong  and consistent psychobilly album.At times some of the tracks have a familiar feel that you may have heard of in the past  but there is a freshness to it all that comes through. Highlights include:"Devil's Kick","Slingshot","Stomp'em Dead" and "Spy vs Spy".
The Moonshine Stalkers are on a roll here and this is one psychobilly album you should run out and buy. Highly Recommended !      https://www.facebook.com/themoonshinestalkers     http://www.reverbnation.com/themoonshinestalkers
Posted by Slams Reviews 2 at 14:32