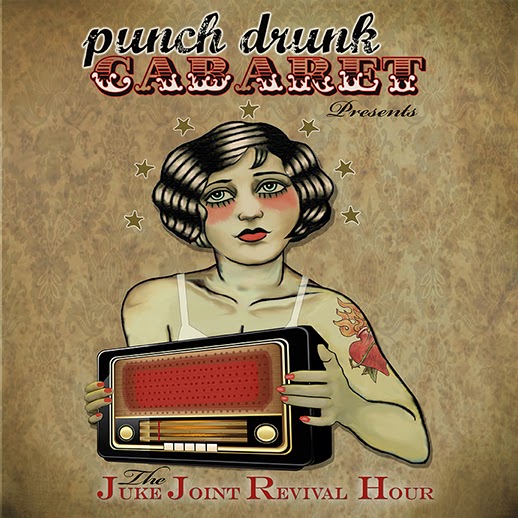 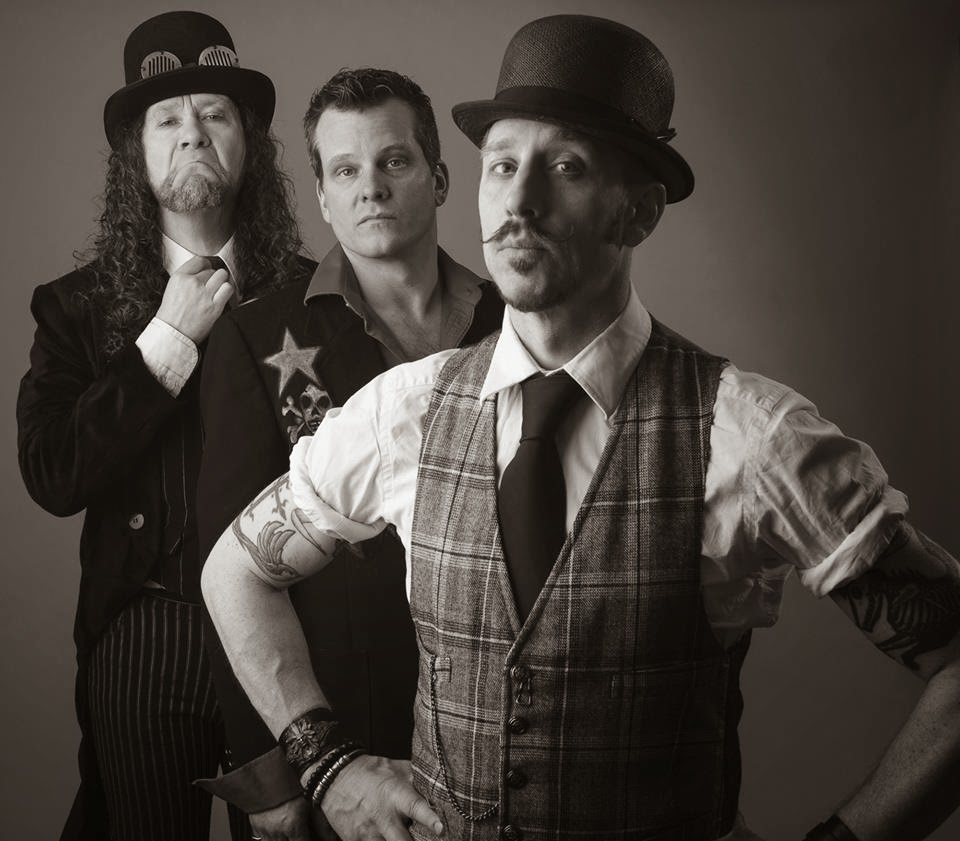 Hailing from the frozen wastelands of Northern Alberta comes one of Canada's most interesting and kool bands and you probably haven't even heard of  them.I'm talking about Punch Drunk Cabaret here folks and you may just want to check these guys out.Playing a blend of "rockabilly/outlaw country/steampunk swing" they have managed to create a bit of buzz out in Western Canada and word is that they are a must see band.The band's  2012 self title debut album  is surprisingly good and deserved more airplay and attention than it received.That said the band's newest effort  "The Juke Joint Revival Hour" is one kool and eclectic  ride that is sure to please.Clocking in with 10 rock solid tracks plus an intro,a benediction and a word from the sponsor this is roots rock that isn't afraid to be a bit outside the box and that's a good thing. Highlights include: " Smokestack Cadillac"," Thin the Herd ","Division of the Damned" and "Pandemonium".
The Juke Joint Revival Hour may not fit nicely into genre boxes but don't let that fool you ,this is one damn solid,diverse and straight up good album .You should take a chance here and throw some of your hard earned cash down.You'll be glad you did!   http://www.punchdrunkcabaret.com/      https://www.facebook.com/PunchDrunkCabaret/timeline
Posted by Slams Reviews 2 at 14:01