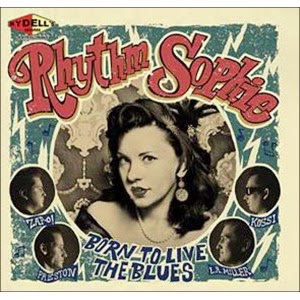 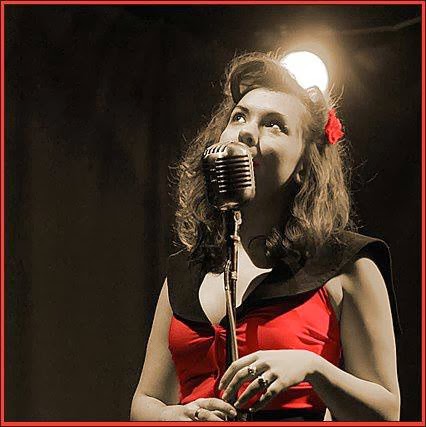 From young upstart to the European "Queen of rhythm 'n' blues/rockabilly"in a few short years.No matter how you slice it Rhythm Sophie is one dynamic singer. From the blues to country to rock n roll  she has managed to blow fans away no matter what genre she tackles.Originally from Hungary where she featured in the Tom Stromy Trio and Sonny and his Wild Cows before moving to Germany.In 2013 she released the single I'm Gonna Tell My Daddy! and it managed to snag some major airplay on some rockabilly shows around the world.Also late last year her single "Sweet Willie" was released  as part of Rydell's Records  prestigious Rockabilly Queens series.Which brings us to Rhythm Sophie's debut album "Born To Live The Blues'  and I have to say this is one very impressive disc.With 14 tracks that range from rockabilly to rhythm 'n' blues and straight up 50's rock n roll  this puppy delivers.Highlights include: "Don't be gone long", "Till the well run dry","You're driving me mad" and "I'm gonna tell my Daddy'.
As much as  Rhythm Sophie﻿ shines here, her band Mister Twist(who have been with her for awhile) also shine,this is one tight outfit. Born To Live The Blues is fresh ,makes for a great listening and doesn't take itself serious.You may want to take note of  Rhythm Sophie,she's the real deal . Recommended https://www.facebook.com/RhythmSophie    http://www.rhythmsophie.de/combo/