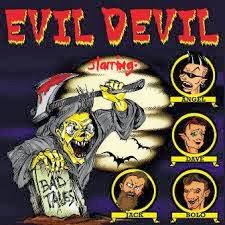 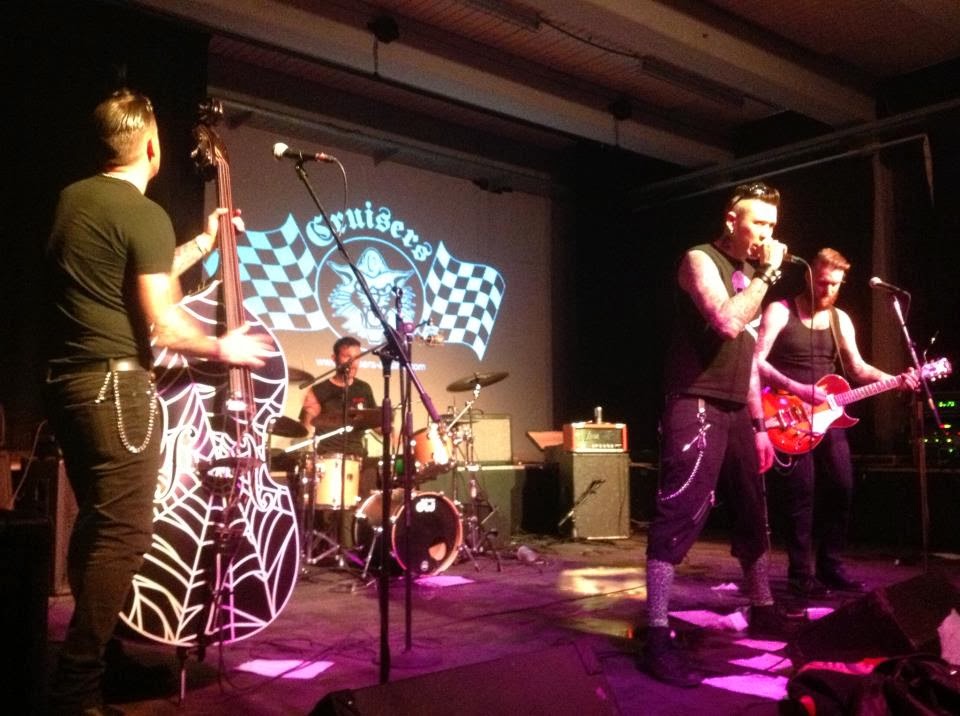 These Italian Psychos have been pushing out their brand of exciting psychobilly since 2001.Right from the get go these kats have impressed as well as  developing  a fair sized  following in the process .The band was on a hot streak up to 2008 with the release of 4 pretty damn solid albums .Then life kinda got in the way  and  plans for a 5th album kept getting pushed back.Well now Evil Devil are back with their 5th album (all their albums are on Crazy Love Records,that's kool) and dare I say their best yet. "Bad Tales" comes crashing in with 13  little tales of true life and terror on the road. Self described as an album of Psycho'n'rockabilly punk kinda nails this puppy bang on.Definitely less old school  and more punk but it is also the band's most diverse album.Highlights include : "Sludge", "Banned","Revolver" and the kool " The Beast Of Bodmin".
Over the last couple of years there were more than a few people who wrote Evil Devil off  and "Bad Tales"  has proven them wrong.This is modern psychobilly that isn't afraid to push the envelope a little all while kicking some butt. Recommended   https://www.facebook.com/pages/Evil-Devil/53596984491
Posted by Slams Reviews 2 at 15:38