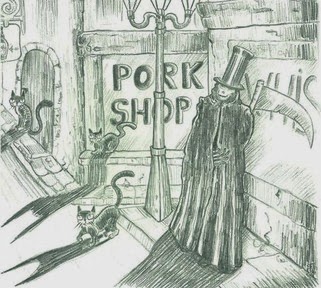 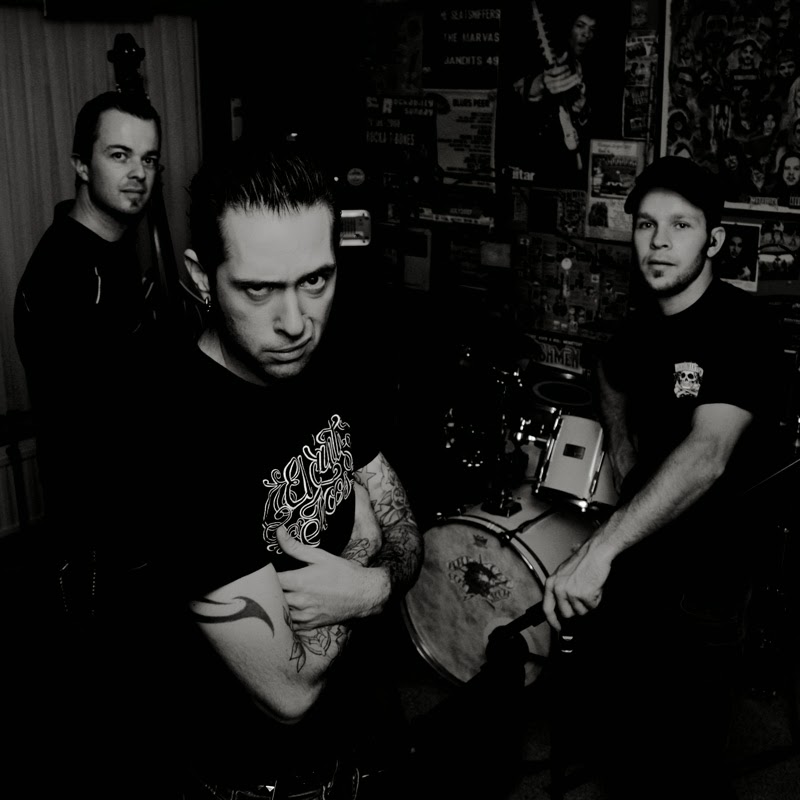 Belgium's Black Cat Bone Squad are one band that you could never call boring or predictable.Many people have been caught off guard with their self described "witches-brew of dark roots, psychobilly/rockabilly,country, blues and punk". Their debut album "Palace Of Oddities"(2009)  is pretty solid and interesting. Next up for the band was a split album in 2011 that kinda went under the wire.Now their back with "The Porkshop"  and the buzz on this puppy has been impressive and well deserved.Clocking in with 13 tracks of their witches brew, this is pretty damn good .These kats run the table here from trashy blues to psychobilly and a whole whack in between.Highlights included : "Whiskey" , " (All My Friends Are) Vampires", "Surf To Hell" and "Darkness"

Black Cat Bone Squad started up as a straight up rockabilly  but over the years they have become a band that thrives on pushing  the limits all while changing up the gears  and that has made them better .There is enough rockabilly here to please but it's when they mix it up is when this band really shines.If your looking for something a bit different "The Porkshop" is for you .This is one kool and strong album that is well worth checking out. Recommended    https://www.facebook.com/pages/Black-Cat-Bone-Squad/135460948506    http://www.blackcatbonesquad.com/
Posted by Slams Reviews 2 at 12:10