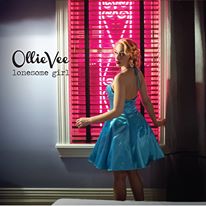 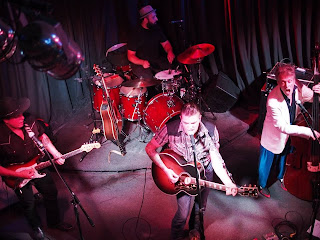 Ollie Vee emerged out of the wild swamp lands of Southern Ontario a couple years ago and since then they have created a pretty good name for themselves.The band's sound ranges from rockabilly to country to Americana all with a kool 50's/retro vibe .A demo of a few songs   managed to snag a fair amount of airplay  and that lead to a genuine buzz about these kats. So now we have " Lonesome Girl " the bands debut album and it more than lives up to all the fuse about them.We get 13 solid original tracks that range from ballads to nifty little rockers.At times this is smoldering,haunting, brooding and capitaving. For some reason I get the feeling this would make  a great soundtrack to a really good David Lynch film.
Highlights include " Party Fools", "Paper Hearts","Luck Like Me" and "Hip Shakin' Baby". This is one album that may catch you a bit off guard but it pulls you in and makes for an interesting and enjoyable listen. It also has a koolness about it that haunts you and you gotta like that. Diffidently worth checking out!   https://www.facebook.com/OllieVeeBand         http://ollievee.com/