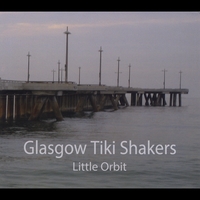 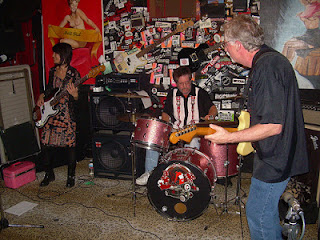 Glasgow Tiki Shakers are  surf band  from the LA area  that are considered by many to be one of surf’s music’s best kept secrets. It  doesn’t help that the band seems to put out  an album once  every 6 years Saying that ,personally I had only heard a handful of tracks from these guys in the past  so I really didn’t know what to expect. “Little Orbit “ is the bands 3rd album and it’s a  damn good one .Riding in with 12 tracks that any fan of surf will dig .This is modern  surf that  strays  from traditional  to spy  and a bit more .The track “Nessie’s Haggis Hat” has bagpipes  and “Zanja Daze“ has a squeeze box  and both tracks are kool .Other highlights include: “So Busted”, “Turn On The Flash” and “Kagoshima Go”. This is a well written and executed album that sounds fresh and vital .This past year has been a good one for surf fans as there has been a number of excellent surf albums and Little Orbit is right up there . Recommended  www.facebook.com/glasgow.shakers
Posted by Slams Reviews 2 at 09:54