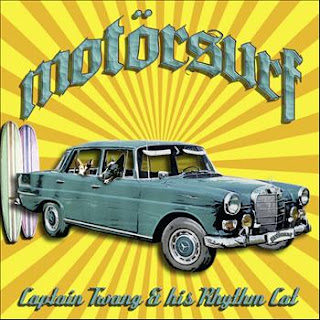 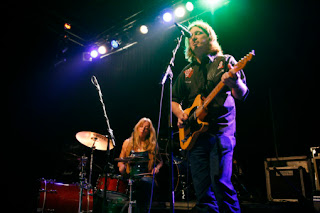 Sometimes a band is so far out in left field that it begs the question,What the hell? Case in point  Captain Twang and His Rhythm Cat .This is a musical stew that is hillbilly rock  meets country blues meets surf rock and more.You could call this Slide twang surf.What ever it is  it's kool. This 2 piece hails from Ruhr City Germany and have been dishing out their brew of music  since 2006 . "Motörsurf" is the bands 4th album and it's diffidently a head turner .Clocking in with a mix of 12 covers and originals  that  are surprising and even compelling at times.Highlights include: "Aligator Slide", "Motörsurf ", "Hillbilly Buddy" and "Cold Hawai". For a band that has some surf muscle  the covers of "Cocaine"(yeah that one) and "Mercury Blues " may seem a bit odd  but they actually come off well.This is genre mashing done well and is worth throwing  down some of your hard earned cash.If your up for something a little bit out of the norm this puppy is for you . Recommended.  http://captain-twang-and-his-rhythm-cat.de/