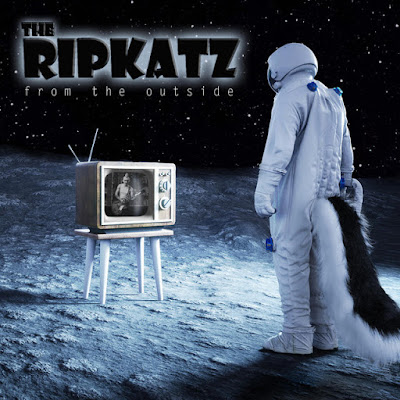 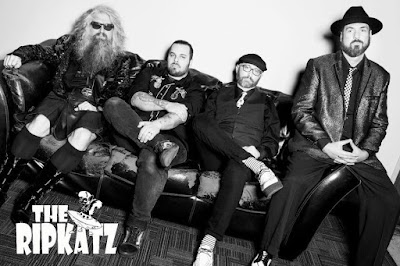 You gotta give it to The Ripkatz (formerly The Galactic Polecats), somehow they have managed to create a kool signature sound despite the fact that they are all over the map, genre wise.From straight up modern rockabilly to punk, outlaw country to Americana and straight up rock n roll. One thing for sure is that they are a damn good band and are not afraid to really mix it up . The band's sophomore album  "From The Outside" bears that out. Clocking in with 13 tracks that are diverse, refreshing and flat out  impressive.Hell this puppy roars in  with some surfbilly action and then proceeds to run the genre gamut. As a result this is a sweet  ride that keeps you on toes and guarantees some hip shakin' action.There isn't a week track to be found.Highlights include: "Whiskey Queen", "Taste Like Chicken", "Underneath", and "Sugar Shake"

The Ripkatz have throwin' down a tour de force with "From The Outside".This is one rock n roll album that takes off in different directions and is still  freakin' sweet. That's hard to beat,so you should  throw some hard earned  money down on this one.Highly recommended!!
https://www.facebook.com/TheRipkatz/        http://www.theripkatz.com
Posted by Slams Reviews 2 at 11:14