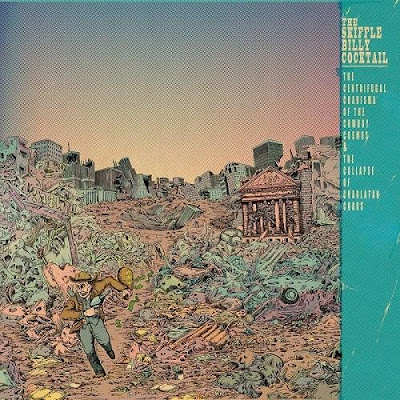 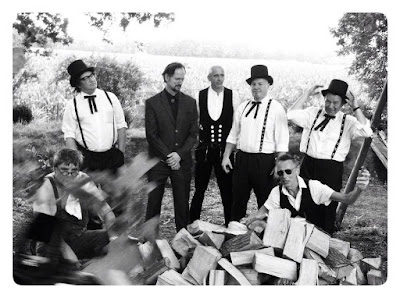 @The Skiffle Billy Cocktail  just may be one of the most unique bands out there. Hell you be hard pressed to describe their sound. Someone described them as " Hillbilly Rock’olla Skiffle Rag". What is for sure is that these kats probably aren't in your wheelhouse but man their damn good and given the chance you'll probably dig them.  Back in 2012 they released the stellar debut  "Billy Budha &The Crazy Curse Of The Red Mustang" an album you should check out.Now their back with the sophomore effort " The Centrifugal Charisma of the Cowboy Cosmos & the Collapse of Charlatan Chaos".  Once again they defy convention with a mix bag of 13 tracks  of kool styles and sounds.From country, roots, rock,blues,doowop and a whack more.Throw in some great harmonies and the result is one damn good infectious romp that surly will grow on you.This is one of those albums that has you tapping your foot and you don't realize it. Highlights include: "Patchouly Punk" , "My Lasergun", "Your Blue Day Survival" and "Rocco Blanco"
Chances are  "The Centrifugal Charisma of the Cowboy Cosmos & the Collapse of Charlatan Chaos" will go under the wire and that's really a shame.  @The Skiffle Billy Cocktail  are a pretty kool band  that blaze their own path and this is one damn good album that you should give a chance .You won't be disappointed.Highly recommended !!
https://www.facebook.com/-The-Skiffle-Billy-Cocktail-152321069172/     http://www.theskifflebillycocktail.com/HOME.html
Posted by Slams Reviews 2 at 12:49