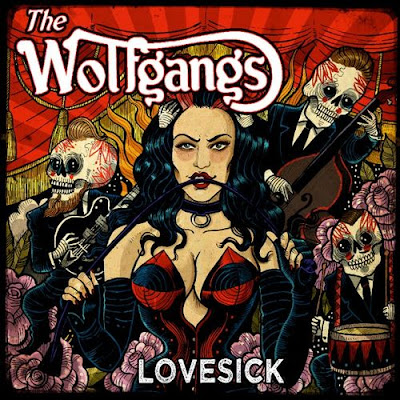 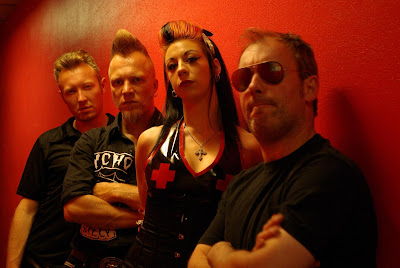 It's been over 4 years since the french outfit The Wolfgangs released "Shout With The Devil". A surprisingly stout debut album that garnered the band  international attention and rightfully so.Their brand of rockin' psychobilly/ neorockabilly is infectious and fresh. Since that debut release the band's record label ,Longneck Records has closed up shop but they have  toured constantly  and  built up a pretty solid fan base.Now signed to Wolverine Records their long awaited sophomore effort "Lovesick" has finally dropped  and this puppy rocks pretty damn good .We get  9 originals and 2 covers  of kool  rockin' psychobilly that  doesn't disappoint.The blend of psycho and  neo rockabilly makes for some pretty kool rock n roll. Hell  at times one might think they are listening to a hard hitting rock n roll album and that's not a bad thing.Highlights include: " Demon Running", " Want You to Stay", "Don't Need Your Love" and "Angel of Death"
No sophomore jinx here,The Wolfgangs have stepped up big.This is puppy barks fast and loud but it also  bites hard.You gotta like that! Recommended !  https://www.facebook.com/The-Wolfgangs-191487380890799/?fref=ts
Posted by Slams Reviews 2 at 11:11