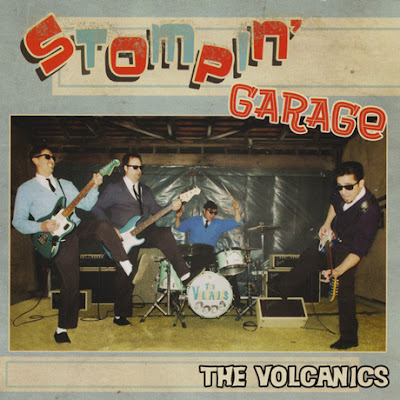 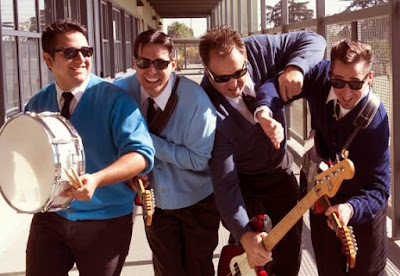 Since 2001 The Volcanics  have been ripping up the So -Cal surf scene with their fun and high energy  surf. Hell some consider them one of the best  surf  bands out of California.However this is one really solid and exciting  band that kinda goes under the wire.So far these cats have released 2 pretty strong albums on Double Crown Records,a label with a stout roster.Which could be one reason they are often overlooked.That said the band's 3rd and  latest album "Stompin' Garage" is now out and this puppy is a winner.Dropping in with 13 tracks that range from traditional  surf  to sixty's "frat rock n roll". For the most part this is surf with some muscle added and it's done well.We also get 3 tracks with vocals that really fit in.Highlights include: " Mad Dog", "Test Flight", "Vesuvian" and "The Sabotage"

Overall  " Stompin' Garage" is a brisk, fun and satisfying ride that really harkins  back to the roots of surf.The Volcanics are in great form here and this is one surf album you should definitely check out. Recommended!     https://www.facebook.com/thevolcanics.surf/     http://thevolcanics.com/
Posted by Slams Reviews 2 at 10:23