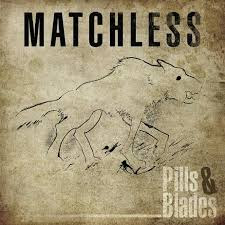 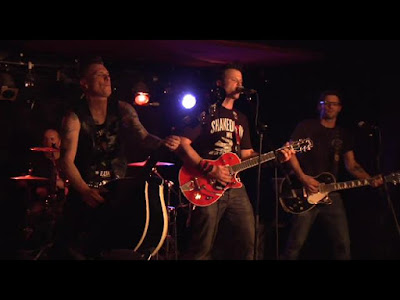 When Matchless formed back in 2007 the buzz was that these kats would fill the void of The Gutter Demons.There was unfairly high expectations leveled on the band to say the least.In 2009 the band released the solid and good  ep "Don't Leave Your Day Job" and it left many wondering about them(again unfair). The ep was more rockabilly/rock n roll and not psychobilly.Then in 2010 they released the excellent debut album "Randomly Generated Numbers", a kool mix bag of rock n rock.From straight up rock n roll to roots to billy and punk, all done with a raw edge.Now in 2016 there back with the  sophomore album "Pills & Blades" and this puppy is nothing short of a knock out punch.This is 15 tracks of snarly killer hard rock/psychobilly that's all done with a punk sneer.Hell this is one damn smokin' album that kicks in hard and doesn't let up.No week track here and as a result this is one really consistent effort that truly delivers.Standouts include: " King’s Ransom", "Afterbite", " Pills & Blades","One in a Billion" and "Tunica Molesta"
Matchless have diffidently stepped up their game on "Pills & Blades"and are a band that just keeps getting better  each time out.In short this is one tough, confident  and one stellar album that you should grab up.Highly recommended!!!!
https://www.facebook.com/TheMatchlessband/timeline     https://www.facebook.com/FalsettoMusic/?fref=ts
Posted by Slams Reviews 2 at 11:30