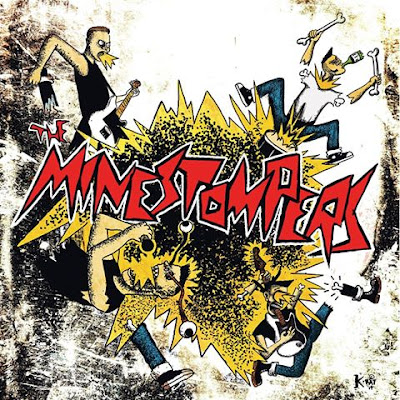 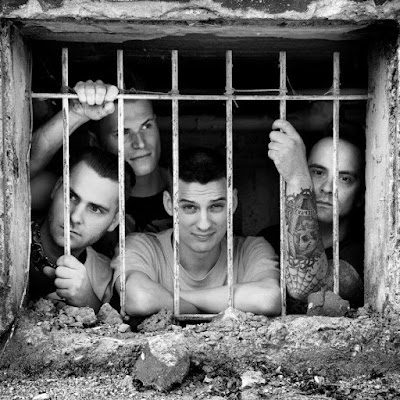 You gotta give it to a band that let's itself be promoted as "Colognes most hated retards". Chances  are The Minestompers aren't retards and maybe they are hated by some  but one thing for sure is that they are a pretty good psychobilly band.Since 2008 they have been beating and kicking out some kool old school style psychobilly that's hard to ignore.This is an outfit that has some serious pedigree and the chops to go along with it.Fans of the band have waited years for an album and now that wait is over .The self titled debut  smashes in with 14 tracks(13 originals and 1 cover)  that will and do impress.This is psychobilly that is old school ,at times is hard ,plays fast and loose, has a sense of humor and really never takes the foot off the gas.Highlights include: " Invasion" ," Demon Twist", "Mama's Clit" and " Leprechaun Boogie"
The one cover on the album is also worth noting,it's a kool version of "Possessed To Skate",the Suicidal Tendencies track.The Minestompers may have taken a few years to release their debut but it's diffidently been worth the wait.Overall this is one serious stout album that's fun and  delivers the goods.Recommended!!   https://www.facebook.com/theminestompers/timeline
Posted by Slams Reviews 2 at 10:55