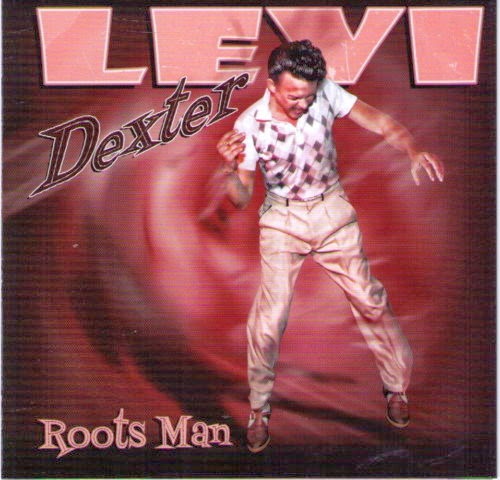 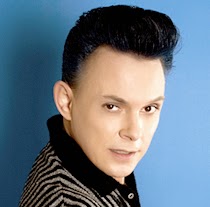 When Levi Dexter puts out an album you could say that it is a big deal ,after all he is a legendary figure in the rockabilly world.From The Rockcats to The Ripchords,  his work with Steve Hooker and his current other project The Gretsch Brothers, Mr.Dexter has always cut a sharp path.In 2012 word came out of a new album  and a couple of tracks were leaked to the public.One of those tracks was the original  and kool "Boppin' Bernie". Well that new album  is  finally here  and yes it has been worth the wait. Roots Man is one smokin' album that is totally Levi Dexter .We get 14 really solid  tracks that stay on the rockabilly/ rock n roll  axis in other words just what you would expect.The album consist of 3 originals  and the rest are a kool selection of covers. Highlights include all 3 originals: "Boppin' Bernie","Roots Man" and "Cannibal Party" and a couple of covers, "Rollin' To The Jukebox Rock"(Benny Joy aka Ben Eidson) and "Hurricane"(Steve Bloomfield).
Of note here is Levi Dexter's backing  band ,this is one damn solid lineup that includes: Buzz Campbell and Jonny Bowler and that diffidently adds some punch into the works. Roots Man is another fine effort by a guy who knows how to deliver the goods.Recommended !
Posted by Slams Reviews 2 at 09:04